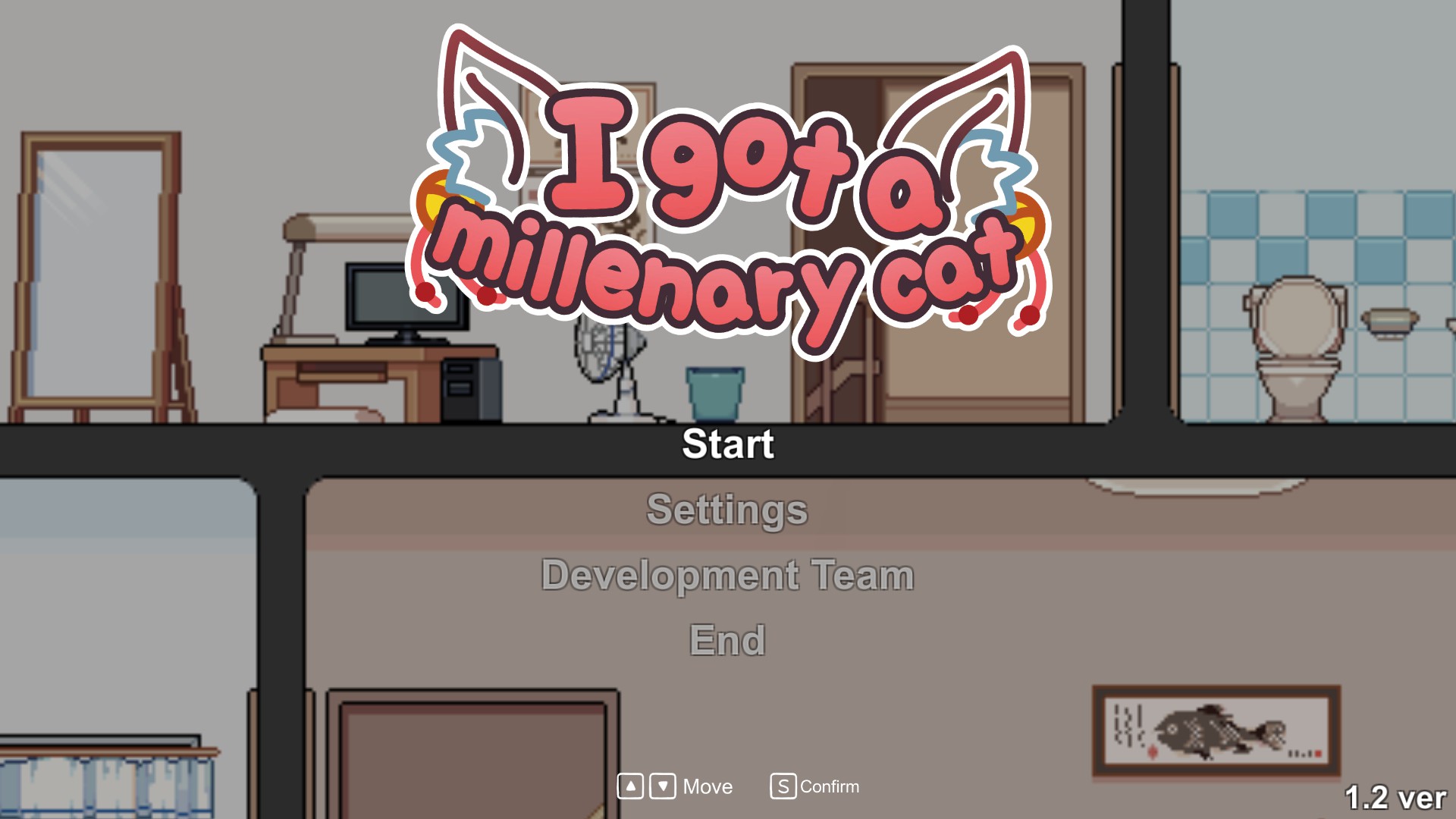 I Got a Millenary Cat is essentially a pornographic Tamagotchi for weebs. There’s literally no other way to put it.

In the game, you find a sick/injured cat and decide to nurse it back to health until one day, it becomes a cat girl. Naturally, the only course of action is to have sex with her. In all the years I’ve worked with animal rescue, this has never happened to me, much to the relief of my wife.

The Tamagotchi style gameplay, where you feed and give attention to the cat (later catgirl) in your care is very basic. There’s minigames – and just like with the old Tamagotchi of the 90’s, they’re simplistic and unenjoyable, but you have to engage with them to progress further in taking care of your pet/sex toy. Just like with the Tamagotchi, you’re likely to grow bored far more quickly than you expected, as novelty wears off almost instantly. The game is simplistic, and not in a good way. It’s not engaging in the slightest.

The music is a short loop that attempts to do the charming/innocent style of a slice of life game, but you’re likely to grow sick of it in a few minutes, either tuning it out of your mind, or muting it entirely. The high points are the decently illustrated adult sections and plot-centric conversations you get with your catgirl when you level up your relationship. She’s fully voiced, and I do think it’s worth noting that the VA is very good, although the “I’m a cute widdle kitty” voice makes her sound juuuuuuust a bit young, and coupled with her babyface, you’re likely to get some odd looks if someone catches you playing this. (And not just because it’s an H-game, or because she’s a catgirl.) The game is immaculately translated, and I can’t recall finding even a misspelled word. The writing is generally good, and elicited a snicker out of me a couple of times. (That being said, you’ll probably be a little tired of the “pussy” double-entendre VERY quickly.)

Again, like the Tamagotchi it’s emulating, the game is grindy and repetitive. As you level up the relationship, each one requires more of the same two minigames (work and cooking) to fuel your ability to have sex (which you need more of each level) to progress. And while there’s a minor variation in each scene between the first time you have sex and all subsequent ones, it’s not a whole lot. Work has two difficulty settings, and cooking has a couple different minigames that are essentially just minor variations on the same thing. There’s not a whole lot of meat on the bone, so to speak.

All that being said, the plot is cute, and the VA really brings the character to life. The game itself has a lot of personality, despite being simplistic. It’s just a shame you have to somewhat suffer to get to the good parts. I think that if there’d been a bit more effort put into the minigames, this one could have been a much better game. I kept playing to see how it all wrapped up, but I can’t help but feel it could have been more fun on the journey. However, it’s only $7 USD at full price. If you’re into catgirls, or adult games with bizarre setups and a bit of a tongue-in-cheek tone, it’s well worth the purchase.

CLICK HERE TO BUY I GOT A MILLENARY CAT ON STEAM