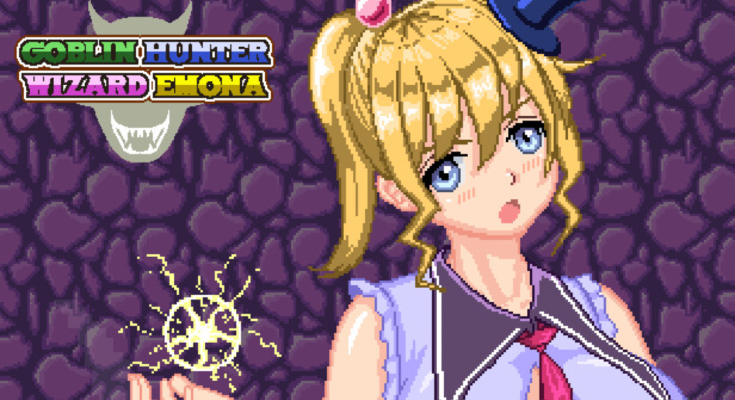 Goblin Hunter Wizard Emona is an Action Platformer with a 2D Pixel Art style with Adult themes. You control Emona who is followed by an attendant that is there to provide her with more mana for her to carry out her attacks, should she run out of it.

Emona the Wizard, goes out on a mission to find answers about her missing mother. With the goblins seemingly behind it, her hatred for them is shown through bits and pieces of story that is delivered every once in a while after a few mission stages.

Those said Goblins however, don’t share the same hatred in the same sense. They in fact like and enjoy humans through their actions, intercourse. So every stage is more or less similar where Emona and her attendant goes through levels by fighting off goblins, and fighting them off (females actually) and rescuing those humans. With each stage Emona needs to rescue a specific amount of trapped females before the mission/level could end.

Which Side Are You On?

Typically with games like Goblin Hunter Wizard Emona, the game either does a good job at either the gameplay aspect and have adult themes painted on it or they excel at the adult themes and have little or no gameplay aspect to them. This however falls in between those instances. Not that it does both decently but rather it doesn’t know which to do decently well on.

As an action platformer, Goblin Hunter Wizard Emona does not do a good job at the simplest nature as a platformer. Platforms can be too low on each other for your character to move through to fit. Emona and her attendant feel very floaty, the knockback from attacks feels like a smackback rather where it’ll push you off quite a distance and it’ll disable your controls for longer than necessary.

The worst aspect is the fact that it is entirely an escort mission but one with the AI (your attendant) being programmed in a poor way. He will try to mimic your jumps at a slight delay but he often will miss jumps between platforms and will when he does, he won’t try to reattempt the jump but rather try to be underneath Emona at the lower level even if that means walking into enemies and traps over and over till he dies.

So the bulk of the mission isn’t fighting off goblins but it is to have Emona repeat navigation steps when the AI screws it up a jump or misses a step and falls. As both characters have their own set of health, you have to ensure the attendant survives or it’ll be game over and you restart the whole level. Furthermore the attendant’s character is much longer than Emona which makes him more vulnerable to attacks.

Two Sides of a Different coin

The artstyle feels disjointed where in missions the artstyle is basic and does a decent job. But during the adult scenes the art style is made much better, akin to classic pixel art with slight animations to them. The adult scenes mostly happen during defeat or after missions as a reward for your attendant who played a minor part in rescuing the girls.

Goblin Hunter Wizard Emona feels like a product that skipped the foundation of what it was needed and built promising parts on top of that unsteady foundation. As one can see there’s some good effort being put at the adult bits of the game but it is generally hampered down by its platforming foundation that makes it frustrating to play. 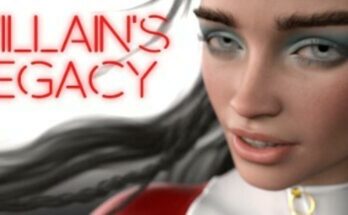