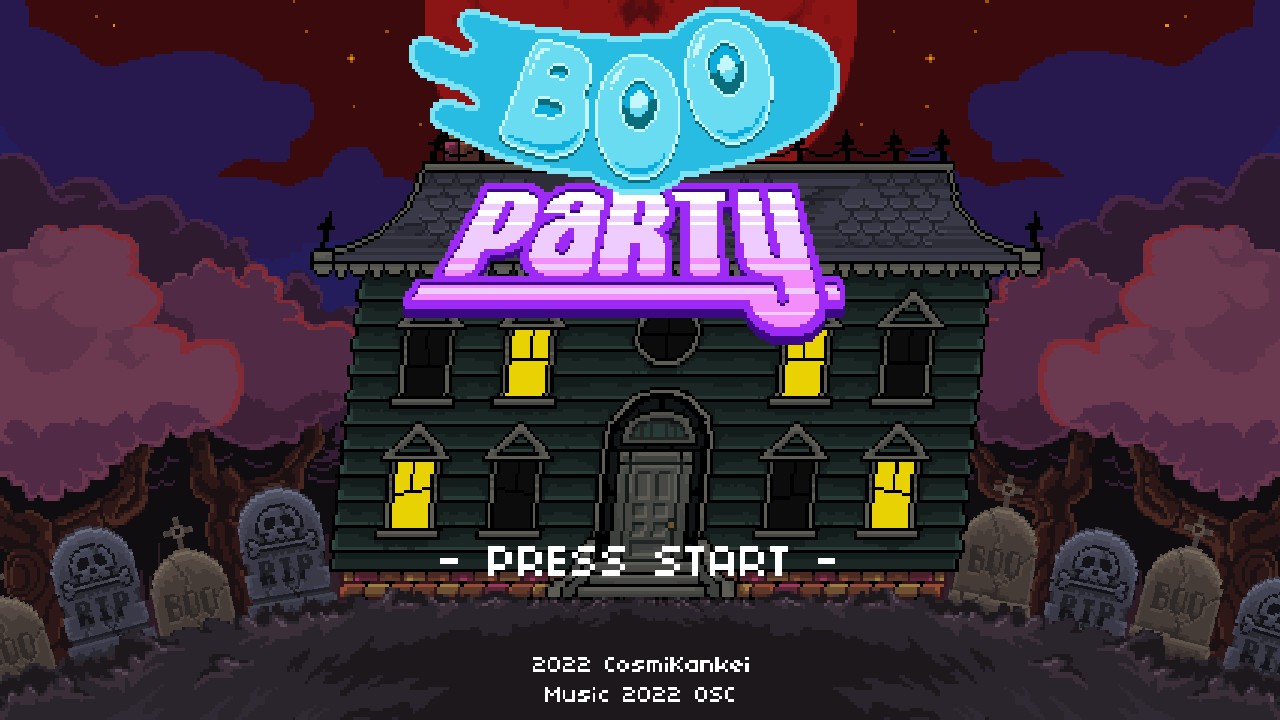 Boo Party is one of the more clever and enjoyable adventure titles I’ve come across in 2022, and is a must-buy for fans of humorous adult titles. (Doubly so if you’re a fan of puns and monster girls.)
For those who don’t feel like reading a more detailed review, I have nothing but praise for this game at full price, let alone on sale. Just go out and get this one. It’s a hardcore thumbs up with no qualifications or caveats, and is on the short list of most pleasantly surprising games I’ve reviewed in 2022.

The pixel graphics and art style suit this lighthearted game perfectly. The exaggerated art also gives off a certain “Maniac Mansion” or “Day of the Tentacle” vibe. It’s a call back to the classics in all of the right ways. The controls are intuitive, and while the game didn’t recognize my controller (for whatever reason), the game doesn’t require anything complex enough to need a controller anyway. The soundtrack is similarly upbeat and engaging, really adding to the vibe of the game (you’re at a monsters-only Halloween party). While the music loops, the loops are long and never hit a point where I even debated muting the sound.

The gameplay loop is very simple – you run around a surprisingly large map and interact with a variety of wacky NPC’s, all of whom want something from you. In exchange, you’ll receive either a crucial item you need for someone else, or you’ll be allowed to take their risque picture. A dozen pictures, and your work is done. Many of the requests/demands the characters make will not be obvious, in terms of how to complete their mission, and some will require more work than others, in typical adventure game fashion. However, with enough wandering around and talking with other NPC’s and searching the map, they always become clear. I do feel like pointing out that if you’re not a fan of puns, you’re probably going to find this game slightly less amusing than I did. Nearly every character will make either a pun or a monster joke. The dialogue is deliberately cheesy, and is designed to evoke a certain amount of a B-movie feel. In many cases, this sort of thing would feel lazy, but here it’s perfect for the tone of the game, very much a wink-and-nod deal.

This is one of the most competently made and creative adult games I’ve played this year. It succeeds in being fun – it would be fun without the adult content. We need more games like this, and fewer shovelware games that feature dry and tedious half-baked content for a “reward” of a dozen anime nudes that look like a Deviantart reject page’s doodles.