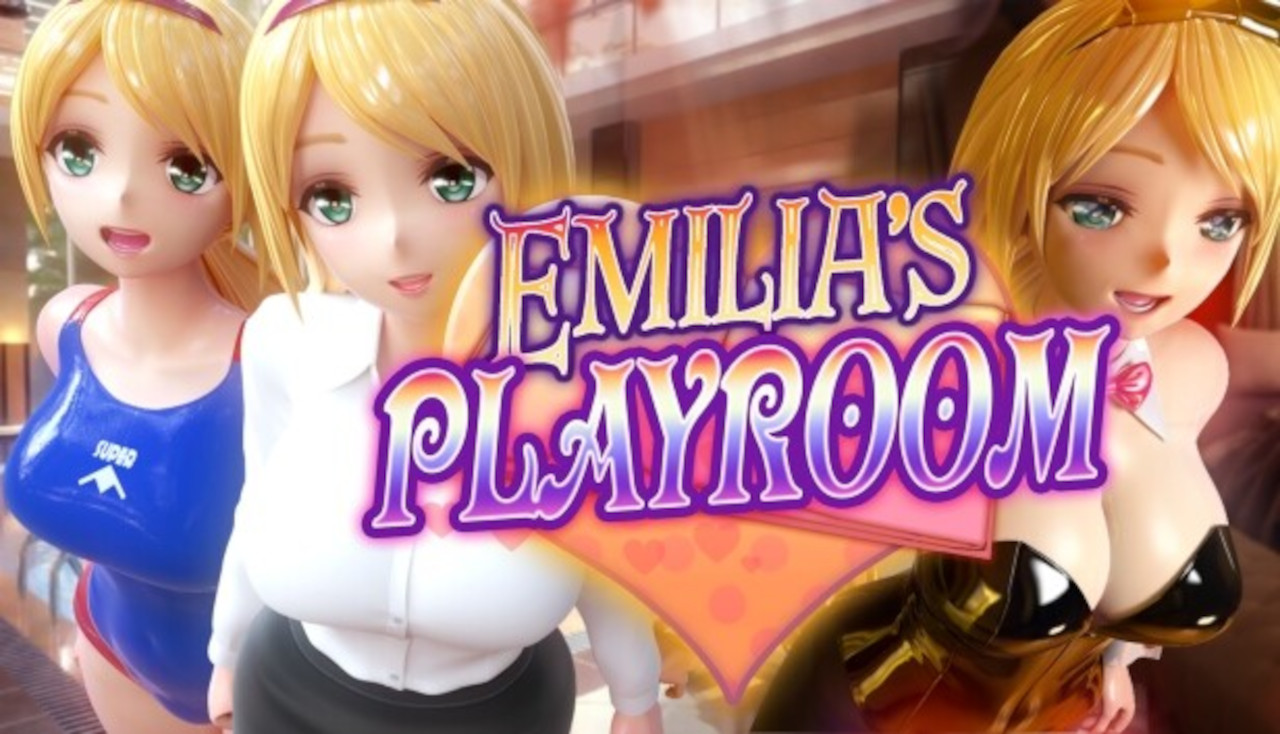 Emilia’s PLAYROOM is an adult animation viewer/play space and not a game per se. Think of it along the lines of a walking simulator (the older ones) back when they first appeared way back.

Which Playroom To Start With?

Starting off you’ll be in a lobby with the titular character, Emilia greeting you and explaining what Emilia’s PLAYROOM essentially is. From the lobby you’ll find all the controls you may need in order to experience what is at hand (your free hand). There are 8 scenes up front with a number of hidden ones for those curious enough to explore the game further.

Each scene is represented by a room which upon “entering” or walking into will load up the scene for said room. Each room has their own environment, layout and their own special animations (not all as there are some repeats). To start the scene, one has to go to the Heart in the room which will trigger a choice for the player, to decide on Emilia’s hair colour or play the scene without the male character.

Sit Back and Enjoy

After choosing the animation will play out and the player is free to view from any angles possible that is confined to the room. Think of the player as a floating camera to view the animation from any angle. The animations will loop after some time so pressing the keys 1 to 4 will progress the act to the next phase of the animation i.e.. tease then the “deed” followed by orgasm etc. However not all animations have 4 stages of animation. Some may have 1, others 2 and so on.

Is This Real Life?

Graphically the playroom is amazing. Those akin to Unreal Engine tech demos, everything is photorealistic when you look at it. Sun rays are realistic, things shine, textures look as how it is in real life. But of course to a certain degree, if you look at things from up close (such as walls and foliage) it resembles a high quality photo more than a high quality asset.

Out of this World

If you add the characters to the scene, you immediately see how out of place they are as their artstyle doesn’t fit with the world they are in. It may remind you of movies with animated characters existing and acting with real life characters and world. That’s not to mention that the animation for the characters are well made. There’s a number of positions (but not many in game). Emilia is voice acted. The sound effects are good enough. Things jiggle (if you know what I mean) and they jiggle well.

The downside would be the clipping issue, her hair being the culprit on most occasions, with it passing through her character model. Other clipping issues include, you going through the level if you go about testing the limits of the area out. On some scenes when at the climax, the “load” passes through character models which is worth a laugh or two.

If you’re looking for an adult game where you can interact with the character during the acts then you won’t find it here. However if you’re looking for some adult animations that exist in a photorealistic world and don’t mind them looking out of place then there’s nothing much to complain about other than it being a tad brief which depends on how long you’d want to watch it for.