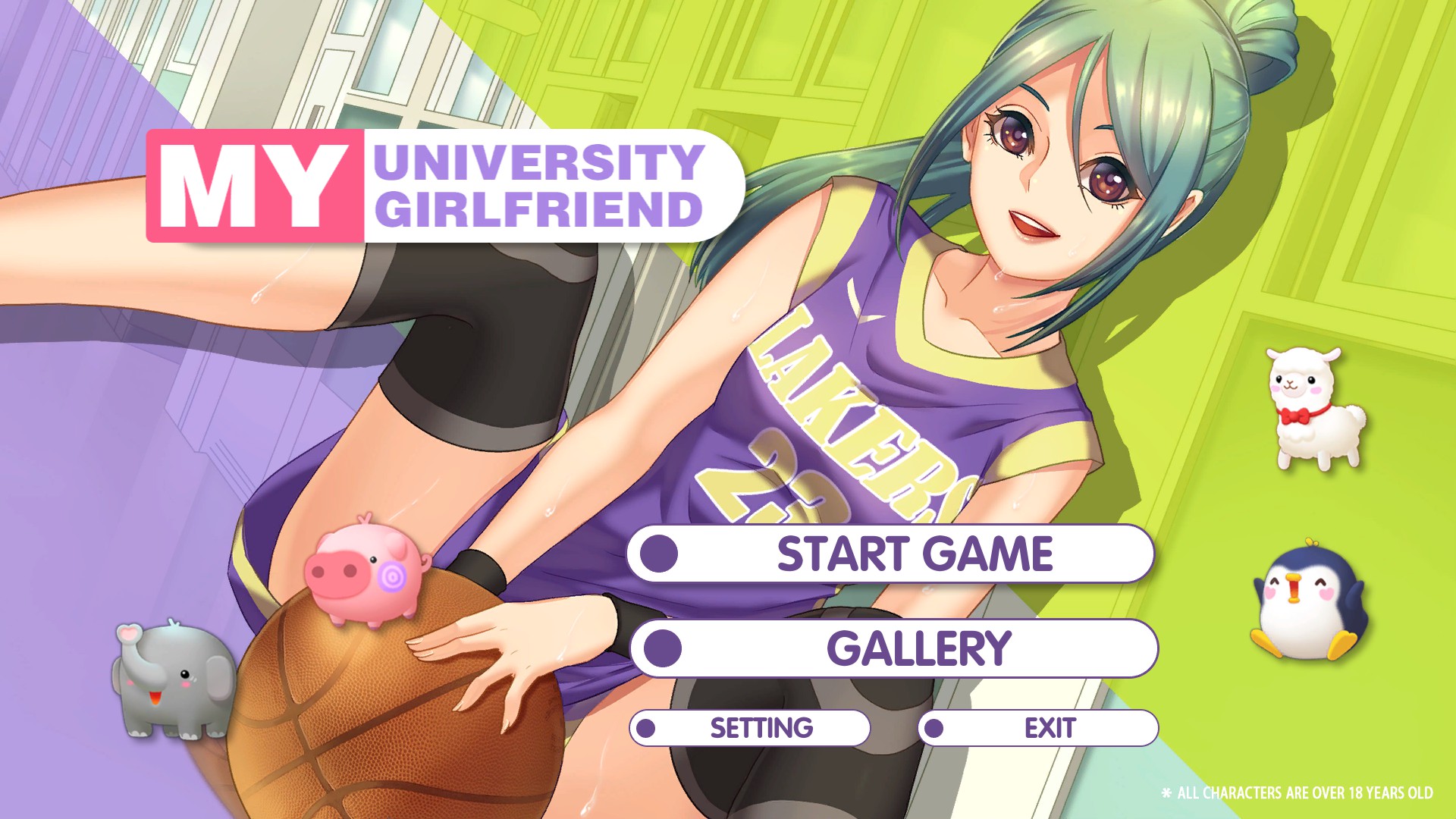 My University Girlfriend knows exactly what it is, and does it quite well. Unlike many similar titles in this particular subgenre, there’s actual care and quality put into all aspects of the game. The low price ($0.99 USD) provides further value in an already heavily-saturated marketplace of low effort rip offs (frequently at much higher price points).

They also avoid the usual tactic of selling the 18+ patch, and instead offer it as free DLC which you can install through Steam. This was a pleasant surprise, and will be welcomed by people who have difficulties installing patches onto a game outside of the Steam framework. The fact that Planescape Game Studio has chosen to avoid the usual tactic of charging money for unlocking adult content should similarly be applauded by fans in general, not just this particular style of game.

There’s twelve different stages, each focused on a different girl, each of which gets its own individual song and full screen, hi-res illustration. While these songs are simplistic, none of them are bad, per se, and each stage can be completed in under a minute or two, so none are going to wear out their welcome. It’s light years better than in most of these games, where the entire soundtrack is just a ten second loop that you turn off as soon as possible. The gameplay loop is simple – it’s a memory/matching game. Initially the illustration is covered by a grid of cards with oddly cute animal sprites on one side, and as you match each pair, they’re removed to reveal more of the picture.

The illustrations are good, even without the patch. They’re all very attractive girls, posed semi-seductively. Applying the patch will replace the base version with a slightly more risque one. Once unlocked, going into the gallery with the patch applied will allow you to select two other versions of the picture, each removing more of the girls’ clothing and usually modifying her expression slightly. While the girls do get nude, there’s nothing explicit going on in the illustrations, so if you’re looking for something harder, this might disappoint you. It’s worth noting that roughly half of the girls have elf ears for some reason. This is potentially a selling point for some of you and a turnoff for others. For me, it’s just a little confusing. The cute animal sprites on the pictures for the memory game are also a little tonally off. It feels like this was the framework for a totally different game, which has now had adult illustrations inserted into it. It’s not a deal breaker, but I could see where this might make some people a bit uncomfortable.

It’s worth noting that this game is tagged in Steam as both Match 3, Simulation, and Dating Sim, none of which apply. Screenshots show you exactly what you’re getting, so don’t be fooled. Overall, this is an easy thumbs up, however. In a sea of low-effort shovelware, this one stands out.