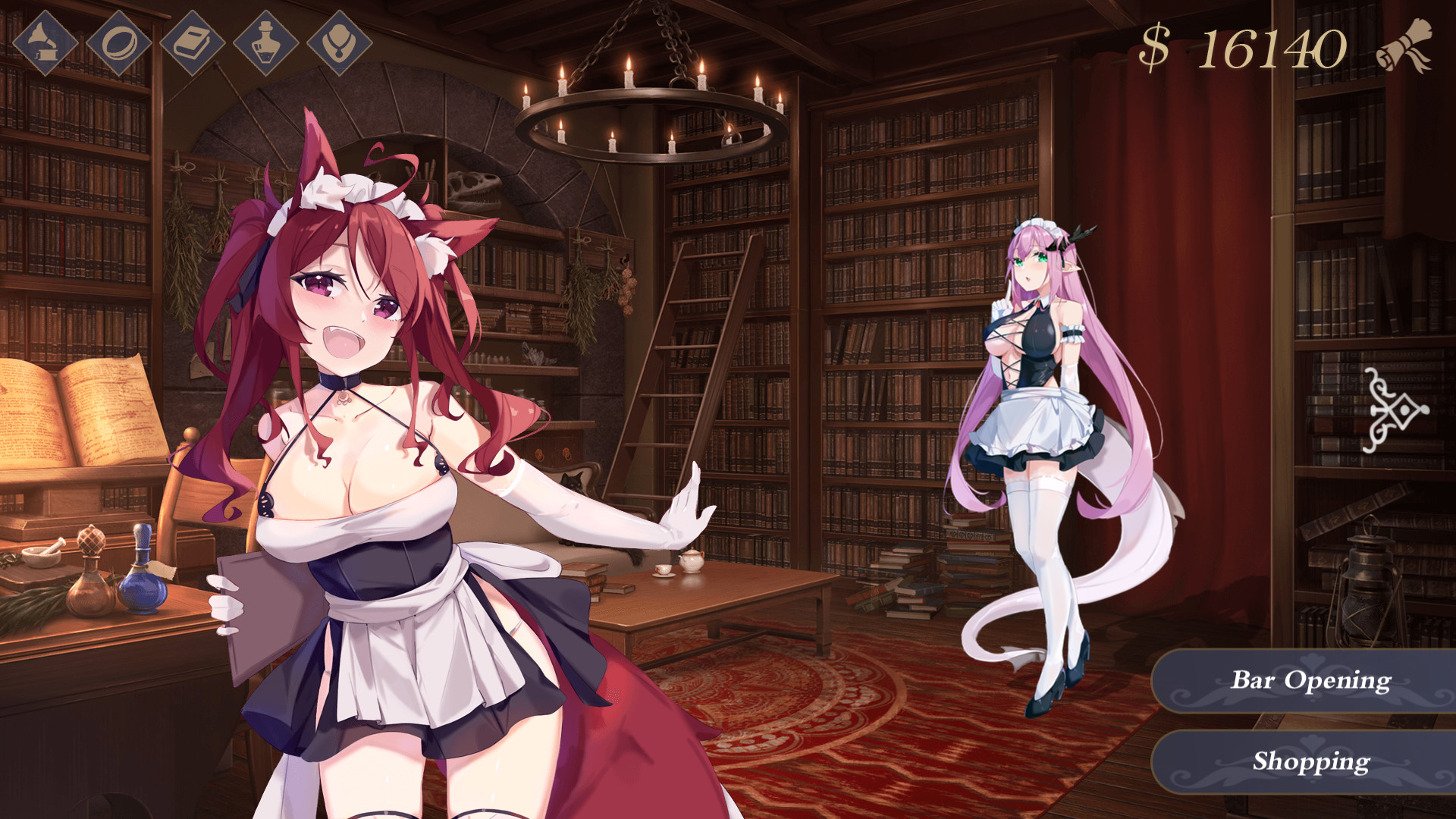 For those who just want a TL; DR on Demon Speakeasy, here it is: it’s a fun, quirky H-Game featuring a variety of beast girls and fantasy races that’s captivating in all the right ways.

In a nutshell, you’re a demon prince who set up a bar in a pseudo-medieval fantasy world, and you’re constantly getting into weird, chaotic, and erotic events with your clientele and servants as you try to turn a profit. While the majority of your guests will simply want a drink and leave, each chapter features a guest who gives you a longer interaction. These aren’t always sexual; sometimes they’re just designed to move the plot forward. Thankfully, each day at the bar goes by fairly quickly and so you’re never stuck just mixing drinks for customers for any long stretch. The pacing is actually really well done here, giving you a nice mix of visual novel and gameplay throughout the game. You’ll spend your hard-earned cash on getting items for various girls to build your relationship up with them in pursuit of unlocking further h-scenes. The scenes are high quality, but feature the standard “two frame style animation and aren’t interactive. (Lack of interactivity really shouldn’t be a deal breaker here, as they’re very well done.) There’s a handful of spelling and grammar errors, but nothing that’s going to interfere with your ability to understand what’s going on.

The artwork is a generally anime-style that’s attractive, giving most characters a strong expressiveness and cute factor. However, if you’re not into beast girls and elves/etc, this game might not really do it for you. The characters are all very trope-heavy, such as the ditzy and horny foxgirl, the quiet and intelligent dragon girl, and so forth. They’re not breaking any new ground in this department, but tropes work for a reason, and there’s a certain comfort in predictability. The characters are voiced in most cases, but it’s worth noting that all speech is in Chinese. In that regard, I’m unable to really give a fair analysis of the voice work, as I am not fluent in Chinese.

The soundtrack is a very pleasant piano score with unlockable tracks, all of which add a pleasant atmosphere to the game. I’m always impressed when this sort of game makes an effort on music, and I definitely want to applaud the composer. This is the second Mango Party published title I’ve reviewed recently, and I continue to be impressed at the quality and volume of content their library has. At a $10 USD price point, this game is worth it. If you see it on sale, it becomes even more of an automatic purchase, in my opinion. This is the exact sort of game and publisher that deserves support from fans of the genre.

It’s also worth pointing out that Demon Speakeasy requires no patch or DLC (free or paid)to enjoy all of its content from the start. (Which is great for convenience, if nothing else.)