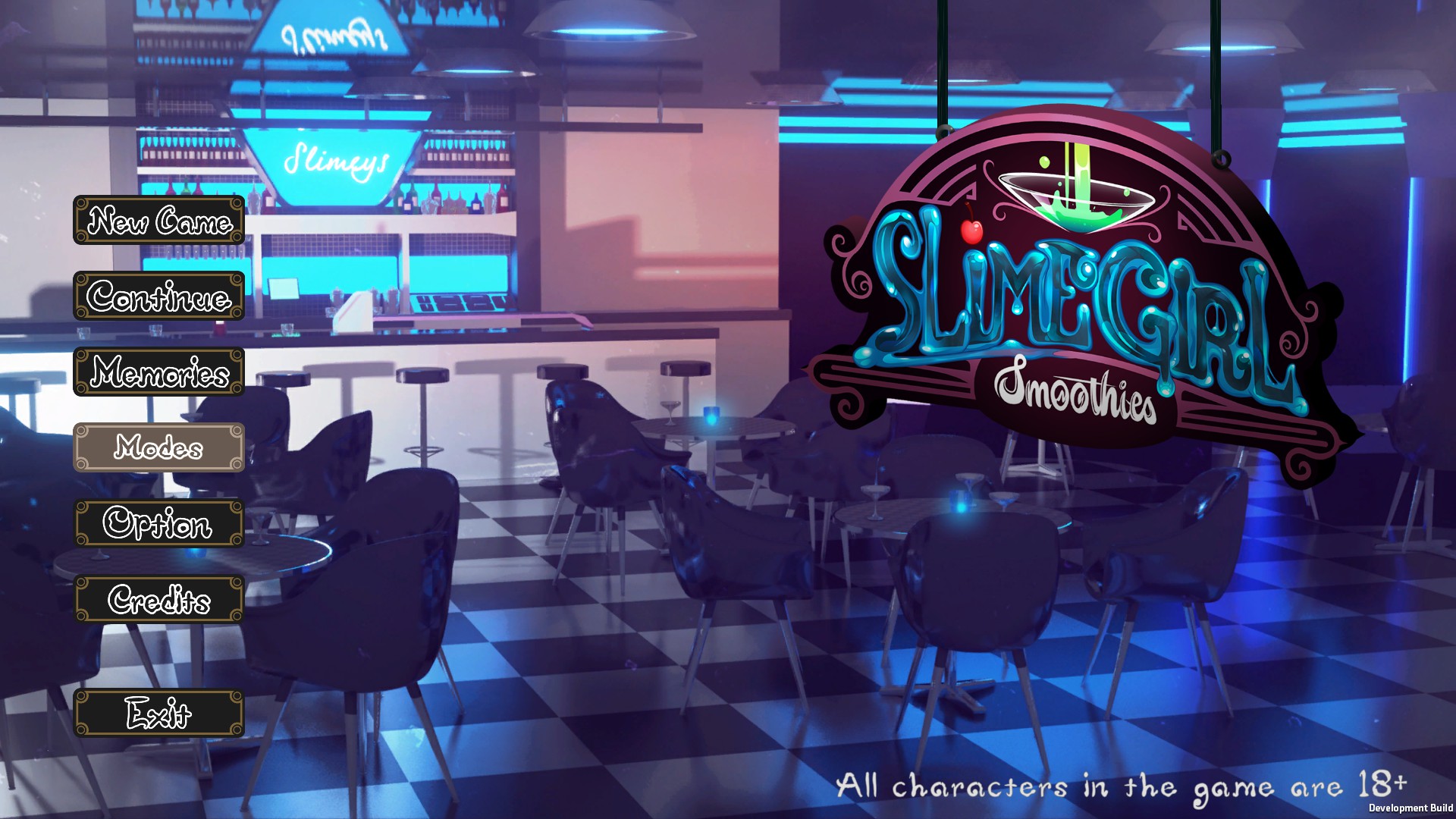 Slime girl smoothies is a colorful adult puzzle game that caters to a very specific fetish. If the title didn’t make it obvious, people who aren’t into slime girls will definitely find a bit less to love here.

The voice acting is fun and well-done, and it adds quite a bit to the overall presentation. The artwork is crisp, and there’s a nice expressiveness to the girls. The music is fine, though it won’t take long for you to quickly tire of its relatively short loops. They’re definitely trying to go for a “night club” kind of sound, and it works, but the music gets pretty repetitive in short order. There’s definitely been a lot of effort put in here, and decently high production values.

The thing is, I REALLY didn’t enjoy the puzzle mechanic here. In a nutshell, you’re going to be mixing the fruit in the blender for the girls to dispense. It’s set up like a Tetris screen, and you’ll be dropping in various shapes onto the grid. The thing is, each color mixes with other colors to make a flavor, and you’re trying to precisely mix a flavor profile. There’s both a limit on space, AND a turn limit per-drink though, and that’s where my first issue comes in. There’s no reason to have both going on, aside from (perhaps) if you wanted to throw it in as a wrinkle at higher stages. It makes each “puzzle” (aka the drink) far more tedious and potentially trial-and-error than it needs to be. Each stage also increases the number of successfully made drinks you must do to complete it. You can only screw up one drink per stage, however, so your margin for error sinks even lower, all while having to complete more tedious puzzles.

I feel a bit badly about being so negative on the puzzle element here – they clearly put a lot of thought into the design, but the relatively unforgiving nature of puzzle games as a whole, combined with okay but not excellent music just didn’t work for me AT ALL. The reward scenes are fine, but the hyper-cartoony design of the slime girls is..not necessarily one that lends itself to adult artwork. Literally unless slime girls are your kink AND the art style is appealing to you, I feel like adult gamers are going to be less than impressed. Generally speaking, if you’re going to make a challenging adult title, the reward has to match the effort, and it doesn’t feel like that’s the case here. It’s not terrible, just underwhelming. It would be easier to overlook some of this if the difficulty was a bit lower, or there was some sort of a skip mechanic after x number of fails..just SOMETHING.

I’m really not sure WHO this game really was made for. I can’t picture there being a significant crossover between fans of difficult puzzle games and people who fap to slime girl lewds. To be clear, this isn’t a bad game, which is why I’m still giving it a thumbs-up. But this is DEFINITELY something that you need to try the demo first, to make sure you’re in the very narrow wheelhouse of people who will significantly enjoy this title.