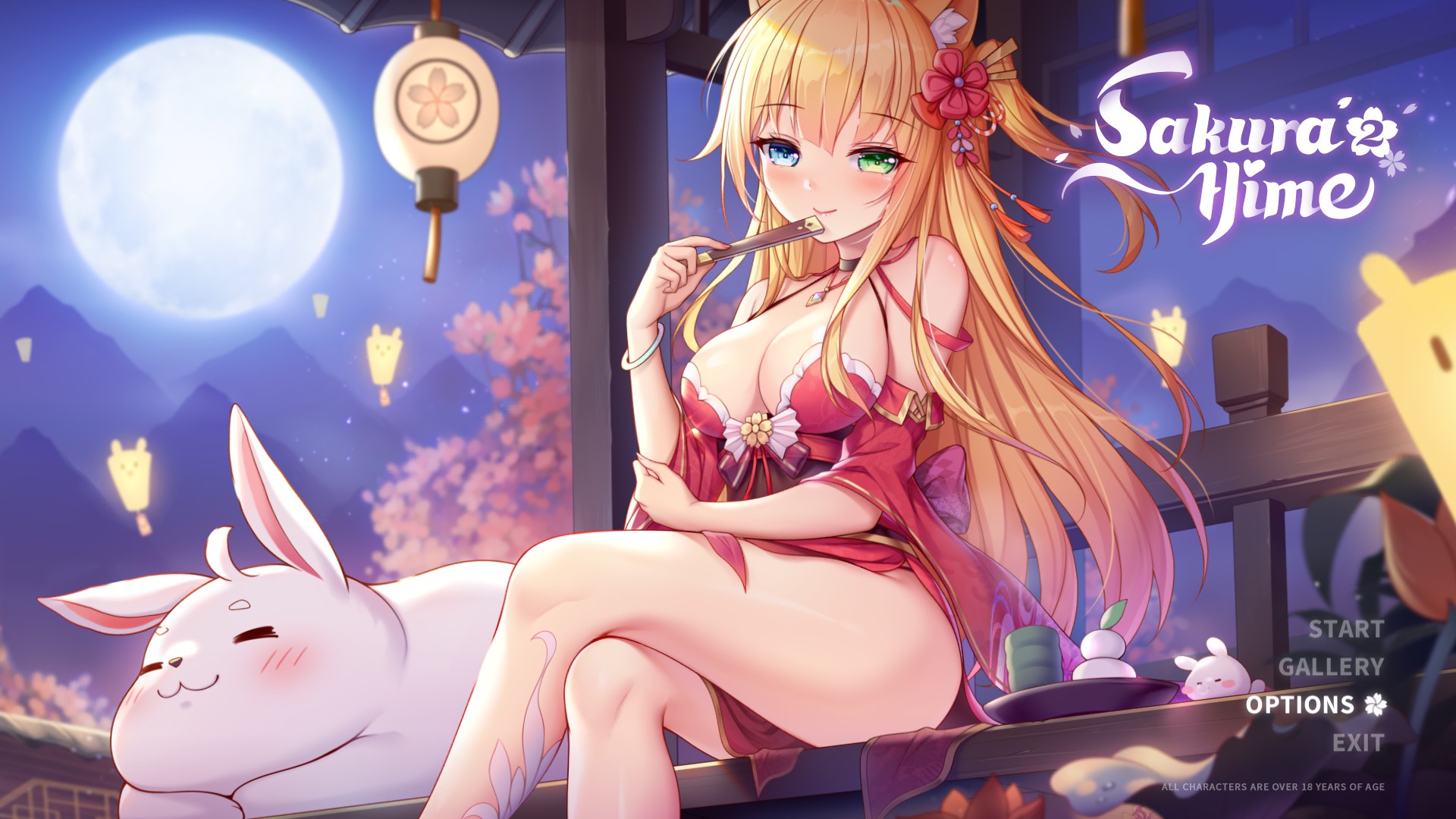 Sakura Hime 2 is exactly what you expect it to be: a fanservice-laden experience that’s easily completed and has some dirty anime pictures.

It has ten characters that hit your standard anime tropes, particularly for adult gamers. There’s animal ears on most of the girls. One’s got heterochromia. There’s a couple of tails for good measure. There’s the mandatory free DLC to unlock adult content, which at least is available on Steam and convenient to access/install. There’s also an “instant finish” button for any of the puzzles, which also means that the devs really weren’t assuming you came here for gameplay. They know what the average purchaser wants, and they’re giving it to you here.

The music isn’t awful, but it’s something your brain’s going to tune out from the get-go. There’s no reason to have headphones in during gameplay, though. And so, let’s talk gameplay. It’s bare-bones stuff – you swap tiles around to make a line out of all of them. That’s it. Some are a little tricky, but most are not. They’re so simple, in fact, that the game actually gives you no gameplay instruction at all, presumably because there’s that “instant finish” button. Because again, they’re not trying to make a good game at all. They’re just giving you explicit anime artwork in a slightly elaborate wrapper. There’s a plot, but it’s pure nonsense. Each of the ten girls has three stages, and each stage has the same flavor text for plot at the start. At the end, the girl will say something that you won’t care about, or which will confuse you, because again, they’re not trying to make a good game. It feels like 90% of the plot exists purely in the creators’ minds, and you’re just getting a glimpse.

So what about the art? Well, it’s lovely and high quality, which is the lone saving grace of this game, and the only reason I’m giving it a thumbs up. Like I said, they KNOW that their target market only cares about the art. They definitely get bonus points for knowing their market and delivering to it. The CG’s have basic animation, but I’d definitely struggle to say that it adds much of anything. Still, it’s nice to have. Overall, you already know if this sort of title is going to appeal to you or not. It’s cheap, and the art is worth the money, but if you’re looking for something with more gameplay, look elsewhere.