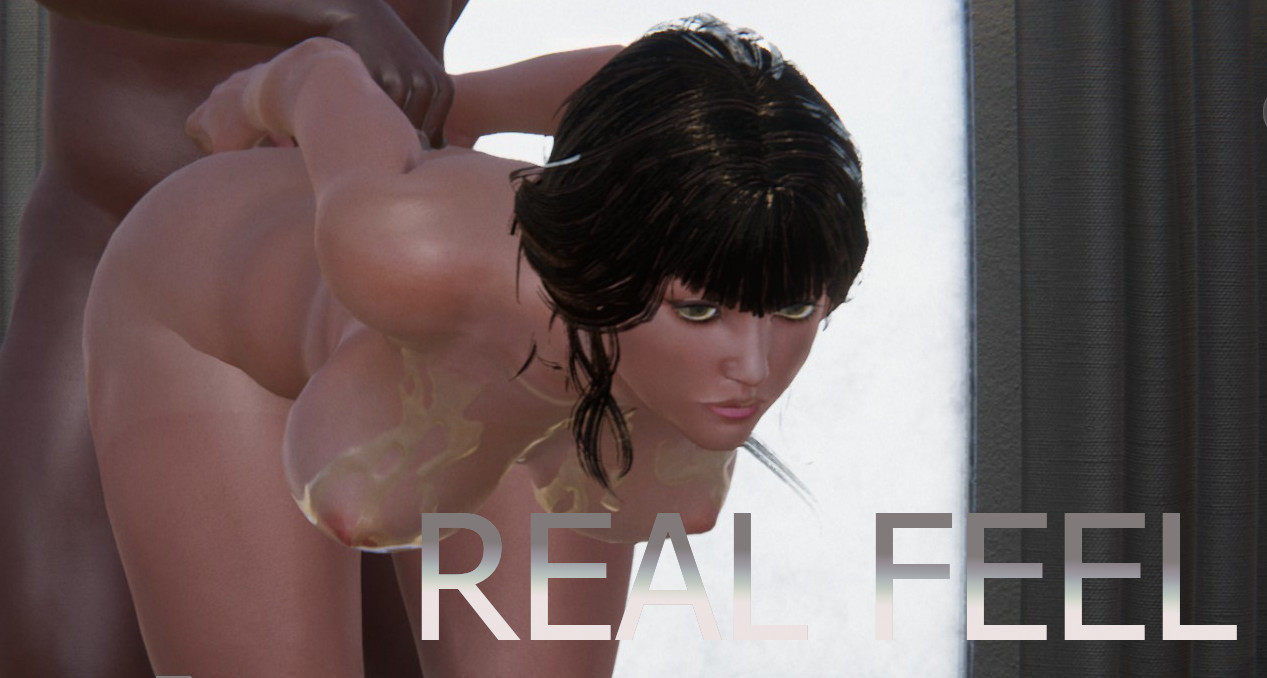 Real Feel is an Early Access virtual sex simulation. Rather than it being a game, it is more in the vein of you choosing a number or premade scenarios and actions and then watching them play out in front of you with the characters that you have created.

In theory this may sound interesting, however the execution is left to be desired. From the get go in the first character creation screen where you create the female character you can tell something is off. The hair models do not align on the character’s scalp, most of the hair type has a good few inches of space of gap. The very few clothes you have in game do not fit your female character, with her assets normal or bigger sized, tend to clip through the clothes model.

Everyone Likes an Elf

Character creation section you essentially have 7 sections to mess around with. Eyes, Body, Breasts, Hair, Ass, Make Up and the Vagina. In the Eye section it is where you can choose a premade character face model, why is it in there you ask? Nobody knows. In the body section it gives you a decent selection of sliders to adjust the body type for your female character, of course with the Elf ears & pregnant option being present. A good level of customisation being present in the Breasts and Ass department. With an option of “Bootie Liscious” and “Badonkadonk” to choose and resize from. The bigger pool of customisation ends in the Makeup and Crotch section with a very limited selection to choose from.

After customizing your female character, we jump straight to the “scene” selection menu. The less we talk about the cursed male character’s customisation with options to have a lizard, zombie and even alien skin for him the better as you can tell less effort was spent on it.

There are 2 scenes to choose from, the house or studio, both come with the same presets for the s**positions, and Positions as the game called it, with some involving furniture and also a standing position. Each Position (bed, stand, chair, table) has their own s** positions with 10 to choose from. Each s** position has a number of “variety” to their acts. Going through the acts, the female and male characters will have their “Excite” meter filled up and maxing it out will give you the option to bring them to climax. That will give you XPs and even level you up and give you some cash reward. For what purpose? As of now, there’s no information about what they do.

As for now a lot of things in this game are not ideal. Character’s face looks awkward, the animations are janky, with the female character stopping for a good few seconds as her animation ends but the male character isn’t done yet so he looks like he is humping a dead body. Everything clips through each other, including the animations of the act itself, when the male character climax’s his load can at times shoot out from elsewhere. Lighting & Optimization is absolutely poor, expect major stuttering on a decent pc, even on a high end system it’s not the best.

In all this needs a lot of improvement and work as everything seems and plays like an alpha.