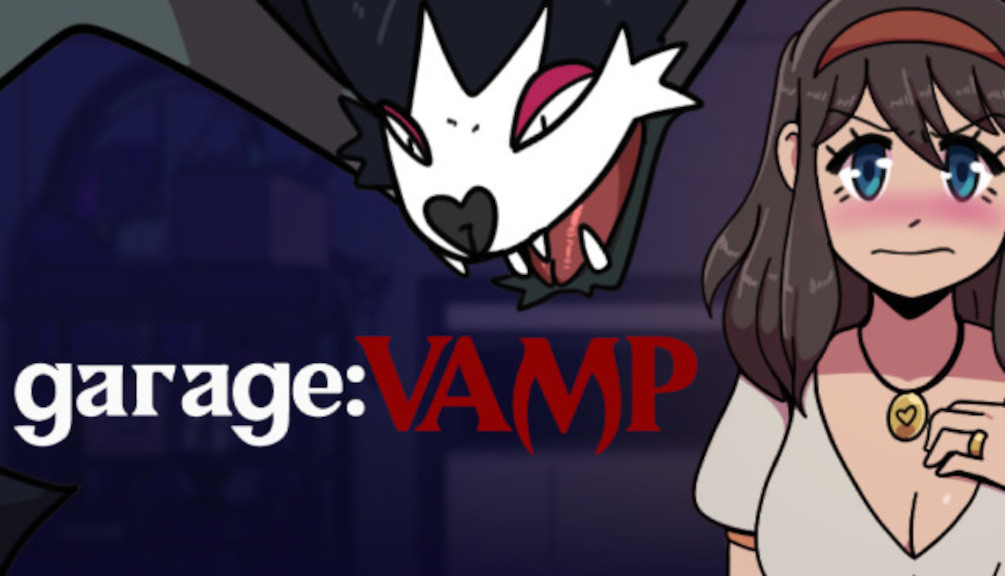 garage:VAMP is an Erotic/Lewd Visual Novel that tells a tale about Jonathan, a tow truck driver who unknowingly brings home a Vampire who seduces his wife, Mina, into sexual acts in order to gain back his true form by sucking her blood.

A fair bit of warning, this visual novel deals with NTR/cheating/cuckolding and bestiality. Akin to other titles published by TinyHat Studios, expect some uncommon fetishes in their line up but expect some level of high quality art style.

garage:VAMP is solely a visual novel through and through with no gameplay. The story progression is linear and you will have no choice in terms of dialogue to affect the gameplay. Another thing to take note is that this VN is on the side of light, a single read-through will take roughly an hour or longer if you do it with one hand.

With those out of the way, garage:VAMP tells of a well written story that is both expected but manages to keep you on the edge of your seat. Dialogue is well written for the topics it covers, though if you’re not used to the subject at hand, it can get heavy and alarming at times but it does stick to its train of thought all the way through even at times it can get silly. It does have very minor errors with character names being different but you’ll be able to figure out what is going on.

As with other games covered by this publisher, the art style for the games they’ve covered so far have always been its strong point. Every studio has their own unique art style and it’s always been of high quality. Every scene is very well drawn in its own style and as with the language usage, it is very explicit and vulgar. So if that’s what you’re looking for then rest assured this will give you a good long one handed play time.