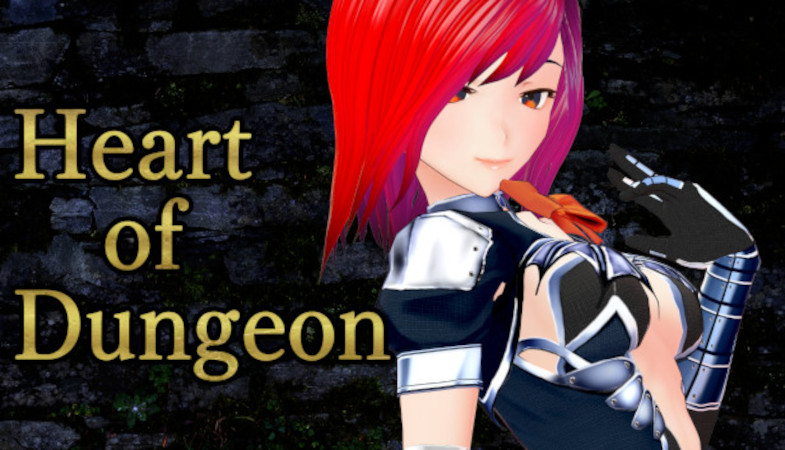 Heart of Dungeon is a Visual Novel about an adventurer (you) who is escorting a merchant’s wagon and you heard rumours of a dungeon in the area. “You may head there, or you may not. The choice is yours.”

Heart of Dungeon is a type of visual novel and has no gameplay to it so one that would rely heavily on its story and art in order to provide something worth the player’s time to check out and play.

As a visual novel this has some degree of choice for progression that is given to the player. Encounters will always give you around two to three options to choose from, the 2 options tend to be either fight or walk away, with the third only appearing in some encounters which varies on what it would be.

As you delve into this dungeon you will encounter various creatures from goblins to cyclops to snails and such. To the point that everything feels unrelated to one another and that is very random and does not feel coherent from past encounters. What drives this point further at making it more disjointed is it is randomised so to speak so if you reload a previous save, and pick the same route, there’s a chance it’ll differ.

That level of randomisation works against it as only 2 points in time or at least very few will an encounter refer to an earlier encounter you had, making the creatures you meet feel like they were randomly pulled out of Doraemon’s magic belly. If you think that reference/explanation is bad, the ones you find here are a step further unfortunately. Might be translation errors, might not be but it did not help it one bit.

All the illusion of choice disappears as the game will randomly decide your fate as you have no control on how an encounter will play out as you don’t have any stats to dictate an encounter in your way, it is just decided.

As there is only the art and story to carry the game, both of those together with all the other pieces just lets the game down. From the inconsistent art (some are ok and some aren’t), mediocre writing, illusion of choice and little to no control of how things play out, there’s an abundance of visual novels that are more deserving of your time.

Purchase Heart of Dungeon on Steam!