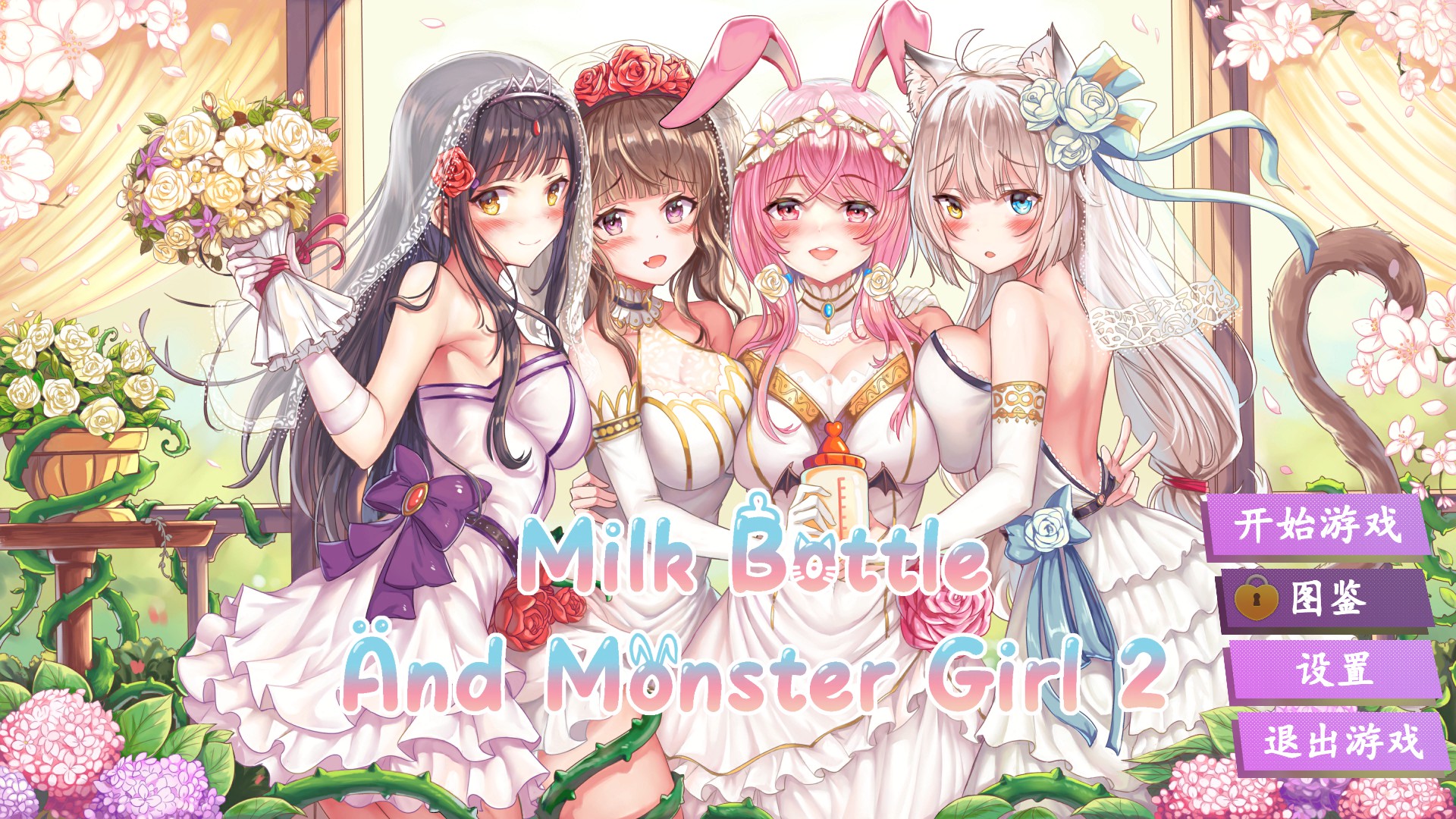 Milk Bottle and Monster Girl 2 exists for one purpose. You’re not buying it for its gameplay, nor its replay factor, or any other such thing. You’re buying it for some lewd anime content, and it delivers.

The gameplay is paper-thin. It’s a shooting gallery type game, where you have a “milk” (wink wink) “bottle” (WINK WINK) shooting never-ending bursts of a white fluid at target spots on the screen while random monsters bounce around blocking your shots and endangering you. A monster touches you, you have to start over. The game’s not hard (pun intended) in the slightest; you’ll unlock everything in less than 30 minutes. You might get a little distracted trying to check out the background while you’re playing; don’t worry, that’s the CG you’ll unlock for finishing the stage.

The CG’s themselves are lovely. However, a lot of these girls have tails and cat ears, so if that’s a turnoff, you might want to skip this one. A friendly heads up to you all; to unlock the CG’s at all, you have to download the (free) adult DLC. Without the DLC, you don’t get access to the CG’s, and while it’s minor, that feels like a slight oversight. I’m not sure why even having the fully-clothed versions of the CG’s required DLC. But it’s free, so it’s not a complaint, just a momentary inconvenience. The CG’s are animated and have lengthy voice clips as well. You get clothed, naked, and two different versions of the character covered in “milk” (WINK WINK WINK). The game’s not subtle about what it’s trying to suggest here, though I’ll give them credit for going all-in on the “milk” (IT’S CLEARLY NOT MILK, GET IT?) concept.

In a nutshell, the game is affordable, and gives you access to some really high quality artwork, and doesn’t charge for the adult content as an add on. The experience is short enough to not overstay its welcome, and has easy achievements, for those who care about such things. This is an easy title to recommend.