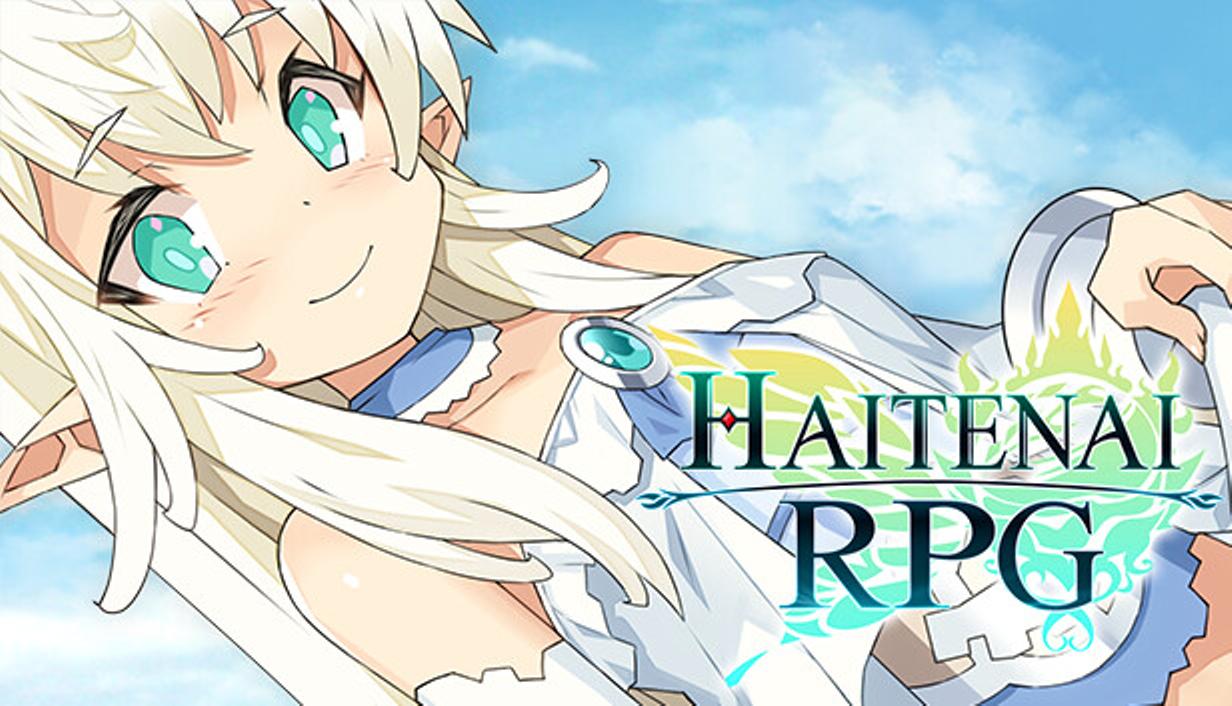 Haitenai RPG is yet another of Otaku Plan’s seemingly never-ending stream of RPG Maker games in the adult gaming space. However, there’s a big reason this one stands out from the crowd, and it’s not a good one.

On its face, it seems like a very conventional game. It’s got the active time battle system, attractive sprites, and honestly, very pleasant anime-styled artwork. Without the patch, it’s essentially a conventional story about an amnesiac boy who has been prophesized to save the world. A world where girls don’t wear panties. Very trope-heavy and unoriginal, but not bad. The soundtrack is good. The lone real complaint is that there are far, far too many enemies populating the map, something that the game seems to realize will be divisive. You can enable “casual mode”, which allows you to auto-win battles simply by touching the enemy mob, though you’ll still have to fight the bosses. Still, it makes grinding a snap, and allows you to quickly progress through the game.

So what’s the problem? Well..it’s what happens if you install the 18+ patch. You get to consistently see the genitals of your first two companions. So..why am I complaining? One of them is a fairy, and is clearly drawn to look childlike. But that’s fine, I guess, she’s immortal, or at least not human. The other one, however..she’s DEFINITELY underage. You also are drawn to look rather young, however, so initially, I presumed it was more of the art style than anything else. It’s the traditional “shonen” style, (big eyes, etc) so I was willing to choke down a certain amount of my concerns. And then the cliché “bath scene” happened.

Your character is weirded out about being around naked girls. (He specifically thinks of them as girls, not women, indicating either HE is young, or THEY are, or both.) The girls are confused (in this world, this isn’t a big deal) and the fairy says, “Ohhh, right. This is the time when it gets easier to tell the difference between men and women’s bodies.” There’s a word for that. It’s called puberty. You probably went through that in middle school. You certainly wouldn’t say this to anyone who is an adult. Your character then decides to check out your friend, and describes her breasts as “budding, yet to blossom fully”. SHE ISN’T AN ADULT, PERIOD.

This isn’t a lolicon situation. She doesn’t APPEAR to be a child, she IS a child.This isn’t the “actually they’re a 1,000 year old demon/deity/immortal,” argument that more than a few devs and animators have used to skirt around the issue. Even so, that STILL would indicate that they’re an adult. This isn’t ambiguous at all. And I have to think that Otaku Plan is well aware of what they’re publishing because they don’t even give the “all characters are 18+” disclaimer. (LOOK AT THE ABOVE CONTENT DESCRIPTOR . THIS IS LITERALLY WHERE ALL ADULT GAME DEVS PUT THE DISCLAIMER.)

Even the featured character art on the store page shows four characters that aren’t meant to look like adults. One is a fairy, so I’m willing to give that a reluctant pass, but the other three? Kids. And their inclusion would be fine, so long as they weren’t getting naked with the patch, but I’m sure they are. Have I verified that? No. I stopped the moment that it became obvious this was not a case of a young looking, petite, or underdeveloped adult. I already have my own personal issues with the loli thing as a whole, but if they are adults, it’s fine, I guess. But that’s a HUGE key point – they are mentally adults.

So in short, don’t buy this game. Don’t be THAT guy (or girl). This sort of content is EXACTLY what plagues anime culture and causes very unflattering stereotypes. This is the EXACT content that’s going to get adult games/H-Games banned from Steam again.

(THIS IS NORMALLY WHERE I’D PUT THE PURCHASE LINK, BUT NOT THIS TIME.)

4 Comments on “Haitenai RPG Review: To Catch a Predator”