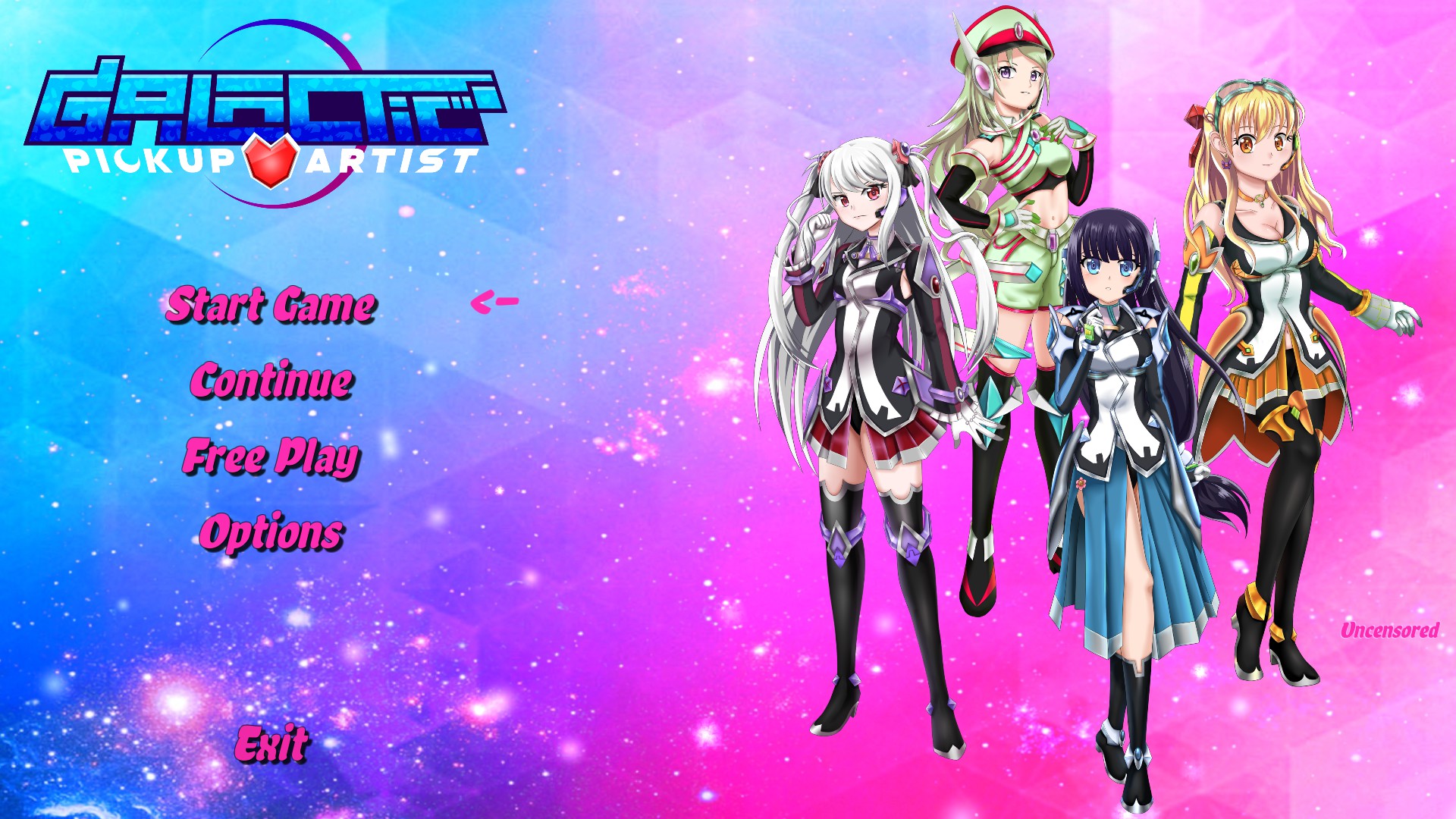 Galactic Pickup Artist is the third Shady Corner-published game I’ve reviewed recently, but unlike those, this is a game I can’t recommend to anyone for any reason.

I’m going to get the elephant in the room out of the way right now: the game emphasizes that it contains real advice from an actual pickup artist to help you score girls in the real world. This is problematic, as women in the real world AREN’T video game characters. While it’s permissible (and possibly even encouraged) to lie to a game character, or tell her precisely what she wants to hear, or even to treat her like crap because she needs a “dominant man” to teach her “how to be a good girlfriend”…it doesn’t work that way in real life. Pickup artists, generally speaking, are sociopathic scumbags that advocate negging, withholding of affection, and having a friend specifically to engage the “ugly friend” so you can get laid. I’m not saying these things don’t work, but people who advocate doing them aren’t good people. Life isn’t a video game, and women aren’t NPC’s.

That being said, Galactic Pickup Artist IS a video game and the women ARE NPC’s. So moving forward, I’m going to proceed to judge this game purely as a game, and try to ignore the fact that on some level, the developers are endorsing this behavior in the real world.

The sound has a semi-generic sci-fi soundtrack, but you’re missing out on nothing by playing with your sound off. There’s no voice work to speak of, outside of the interactive sex scenes. The artwork for the girls is above average with an anime aesthetic. It all falls apart in the gameplay aspect, however.

The interactions with the girls are honestly just disappointing. You’ll get binary options on how to respond to a girl in-conversation, and if you pick the “wrong” answer, you’ll get a lecture about how what you did won’t get you laid. Keep in mind, the game is literally claiming that this is advice you should ALSO apply in the real world. But even if you can somehow exclude this tidbit, it feels like the game is demanding you play a very specific way. The dating minigame is even worse. It’s like they looked at games like Hunipop and said “How can we make the interface uglier while also eliminating any enjoyment from the minigame, and possibly making it somehow unintuitive as well?” I also managed to encounter a glitch that locked my game up when I lost a date at one point. The pseudo interactive scenes are about what you’d expect for a game at this price point – looping moans and very basic animations (four per girl).

There’s also a space minigame that controls like utter crap, where you’re looking for “anomalies” for some reason. It’s clunky and unenjoyable. At every turn this game seems to go out of its way to make things unpleasant for the player. Between having the game literally demanding you behave a certain way (or face more needless lectures explaining how bad you are with women) , unintuitive minigames that lack any semblance of fun, and a rather glitchy game overall (it locked up multiple times), I found myself asking “what’s the point”?

Like this specific studio’s most recent release (Slime Girl Smoothies), it’s like the dev thinks complexity equals fun, and the game suffers for it. At least with SGS, I could see the draw. I don’t see it here. People who are inclined to listen to a toxic “pick up artist” are probably not looking for a video game to show them how. But even if they WERE, they’re not likely to find a reason to stick around, because the gameplay just isn’t fun. It’s been done far better by plenty of people.

Given that it’s not a fun experience, and it’s honestly not well made, I have to suggest avoiding it. And yeah, at least part of it’s the message. The message is a genuinely awful one. It sounds like something you’d hear directly out of Roosh or some other Men’s Rights Activist douchebag, or some guy eagerly talking about how you’re a beta cuck.

If you somehow think this game is for you, I pity you, but I’ll give you the link anyway.

CLICK HERE to purchase the game on Steam. (But seriously, don’t.)