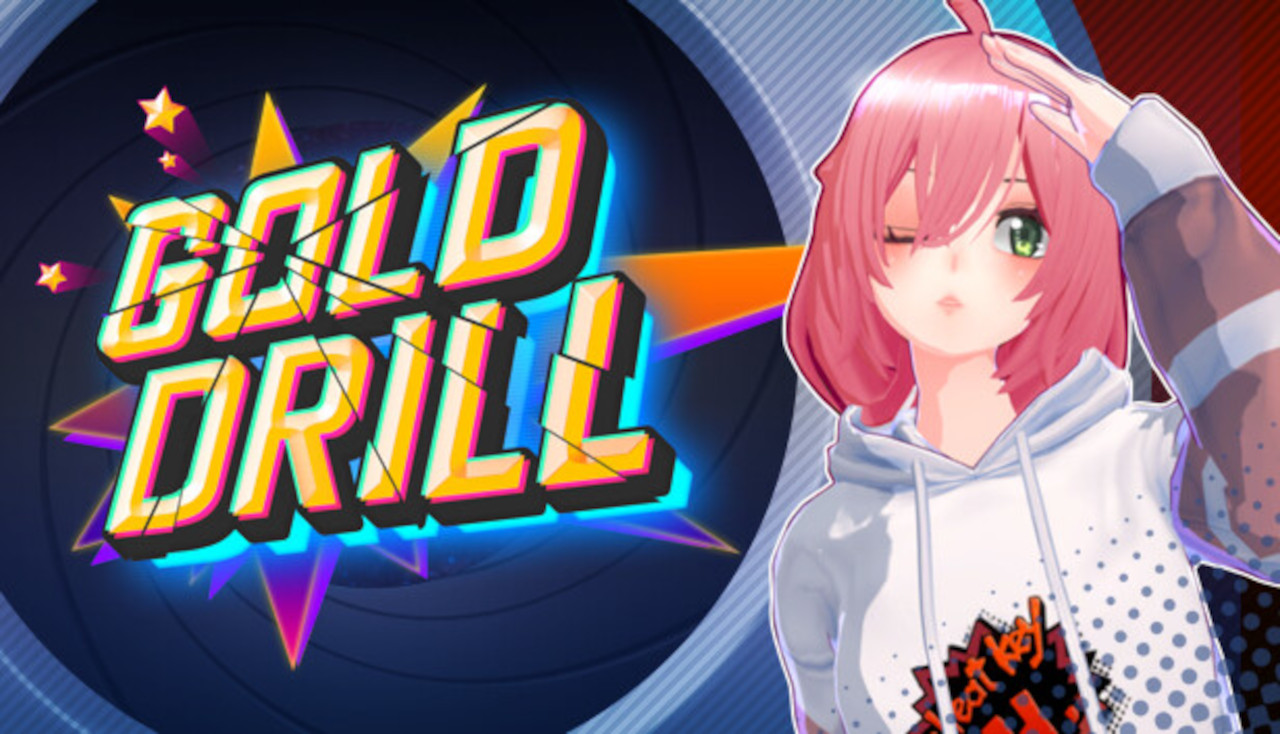 Gold Drill is a simple adult puzzle and reflex game where you are tasked to routing the flow from one end and onto the other with an objective of collecting hearts. Passing the stage will reward you with an intimate scene with one of 3 girls, but fret not about getting caught, save the lambs and they will save you.

The main game of Gold Drill is to connect the pipes to direct the flow from start to finish. As you progress up the levels, more variations of the pipes and other mechanics are introduced. The game is simple, what drives the player to replay the levels is the incentive of making it onto the leaderboard. Every single misplay is costly as it adds to the final time. It’s not that enticing if the scores are ungodly high but the fact that scores tend to me a millisecond difference makes it all the more reachable, possibly.

Other mechanics get introduced to either help or deter you to set a good time. Some pipes are tied to the spot they are, some are rotatable and some are movable. Others hide their direction until you attach a pipe on its correct side before it reveals itself, others are frozen in place when there’s a pipe connected to its side.

How Do You Do This?

Completing the level will reward the player with an intimate and lewd scene with the girl for that level. The player has 3 fixed cameras to watch the scene from, or the player can alter the viewing angle. However the free roam’s anchor points are awkward and troublesome to move around with. After picking the desired spot the player will just have to click on the “Love” button till it reaches the maximum, which then will have the male and female characters continue their sexual act and onto a different position. Hitting the finish button will have either the male or female to climax.

Are You Winning Son?

If you’re worried about getting caught watching the scenes, hitting the Spacebar button will bring up a mini-game that hides what you were watching. In this you have to save the lambs by launching them over a rock with some thorns.

The artstyle and animations for Gold Drill is where its strength is. Each girl is animated rather well and the scenes vary between them. The character models are well made and resemble characters that can be found in some well made anime or games with anime look to them. There are 3 girls and each of them has 10 scenes tied to the level they are in.

With some decent puzzle game tied to quite well made adult scenes tied to it, with some clever disguise of a mini-game to hide what you’re playing and replaying the bulk of your game time. Gold Drill is one of those adult games that are made well enough to cater those who are interested in the lewd scenes and those who get the kick of making it into the leaderboards. Whatever floats your boat, there’s something for you here to enjoy, just remember to save those lambs.