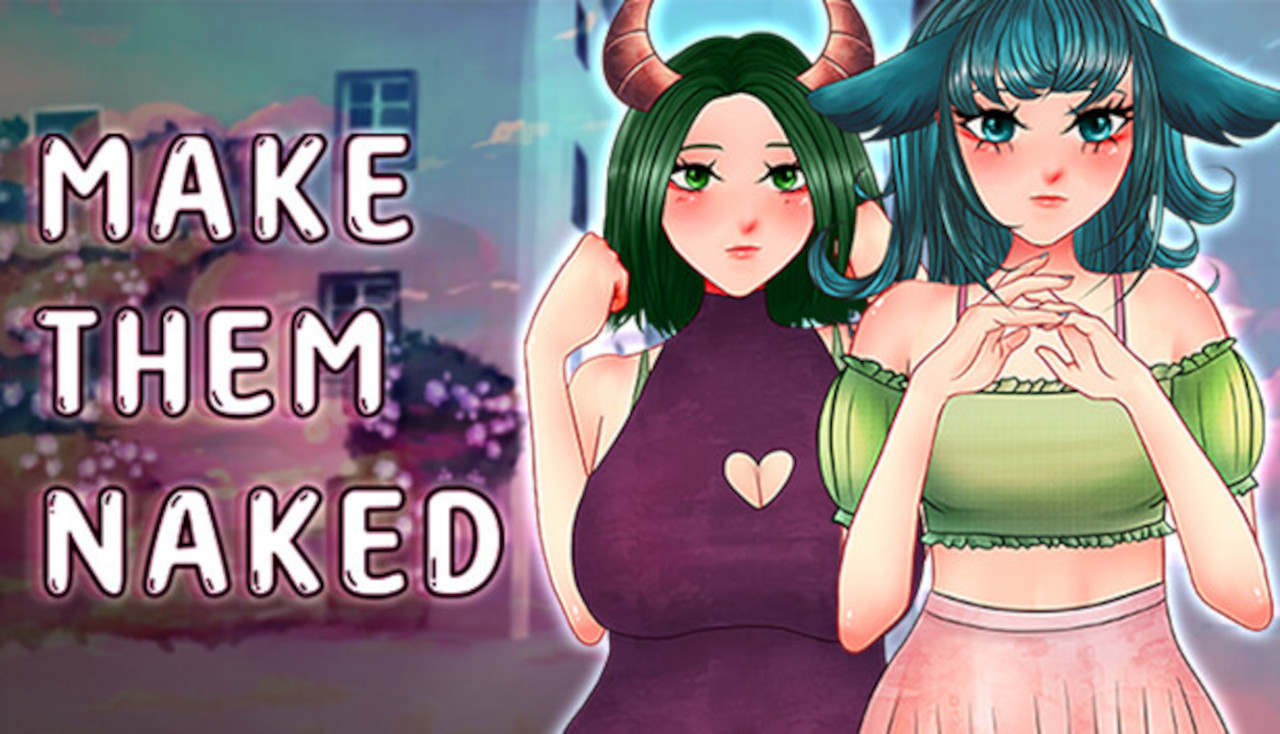 Make Them Naked is a short Dating Sim Visual Novel Rhythm game that’s main purpose for you is to make the girls interested in you so they will be more open to you in a sense of having less clothes on and eventually being “naked”.

There are 4 stages to play, all are accessible from the get go and do not require progression to unlock them. Each stage there is one girl for you to woo over. Each of them have their own difficulty level.

Say What Needs To Be Said

The girls are Wendy (Easy), Yuka (Average), Aurora (Hard) and Natsumi (Very Hard). The game starts with you engaging each girl in a dialogue. Each girl only has a number of topics to talk about that normally ends with a choice for the player to answer. Selecting the right one will increase the girl’s interest in you.

Some choices have a chance to do so as well but are gated behind a mini game, a rhythm game. To “score” in the mini game, the player will have to press 3 buttons that pop up at the right time that will help maintain a bar. Each correct button press will increase the ever decreasing bar. Maintaining the bar for a specific amount of time will yield a positive outcome and increase the girl’s interest. Failure will decrease the interest levels.

The difficulty is solely tied to the minigame. The higher the difficulty the faster the prompts are, the faster the bar decreases over time. The Very Hard difficulty requires some degree of skill and speed. Lacking in it and you’re stuck at not progressing the level as the window for mistakes is unreasonably small, ie. two or three wrong/mis-timed button presses.

Visually Make Them Naked is alright as a whole. The characters are decently well but the scenes are very little. There are only 3 backgrounds, an outdoor scene, indoor scene and the bedroom. Animation is minimal with the characters just swaying side to side, glancing left and right and moving up and down ever so slightly.

Have I Met You Before?

Story-wise there’s almost nothing to write about. Characters referencing each other now and then without any introduction disrupts the immersion. Each girl has some semblances of characteristics, however they are inconsistent at times. One moment they prefer a timid approach the next they prefer a daring one etc.

For what it tries to do, it does decently at most but briefly & without some annoyances. Each level spans less than 5 minutes with the exception of the last level on hardest difficulty as it feels quite punishing for some reason. Lastly given the title, Make Them Naked does not end with the girls naked, but topless and you’re just left with that without much hoo-ha.

Purchase Make Them Naked on Steam!