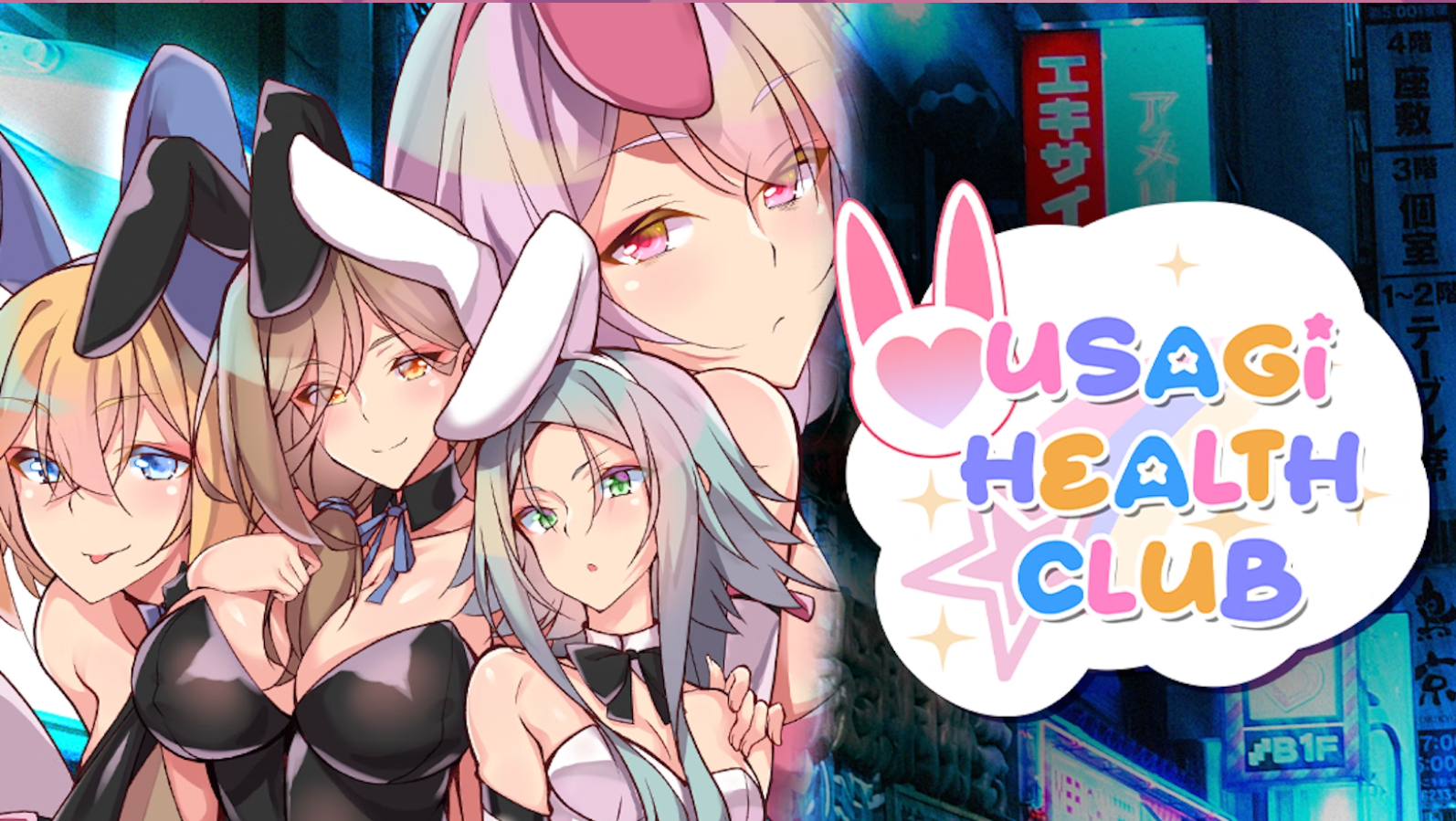 Usagi Health Club is Casual Adult Visual Novel where you play a few selection of minigames against an escort girl of your choosing, win enough games and you’ll get “VIP access” which let’s you perform a number of various sexual acts with them.

You play Tanaka Ryuu, an office worker who has little to no life outside of work, everything is as mundane as the day before. One evening you’re given what seems to be an ordinary flyer, except that it was given by a scantily dressed lady and the flyer is for the “Usagi Health Club”. Getting off guard, you immediately caved in at the slightest bit of encouragement to check it out.

Rub One Out or Get Rubbed

Once you pick a girl, you’re then asked to choose to play one of 8 minigames. Blackjack, Cho Han (dice game, where you pick odds or evens), Matching card game, Math game (I kid you not), Tic Tac Toe, Balancing game, Slots and Spin the Wheel. Each game starts with you putting a bet, win the game and you win the bet. If you win enough of the same game during that night, you will be offered “VIP” by the girl who is essentially your escort.

The VIP access entails with a sexual act with the girl. Each “reward” for scenes is set and you can’t choose them. Each girl will have their sort of preference for these acts. The first scenes for each girl starts off easy (except for one), the more scenes you unlock the more raunchy/dirty/wild it gets. As you explore the end of all the scenes for the girls, most of them will end with a similar theme. One that tends to be so dark that it’s no longer fun and games, unless you have a very very peculiar kink/fetish that is so dark that you should consider being looked at.

Some Say This is Art

Art-wise the characters are drawn very well, with some flair to it. A flair and style that fits and ranks on the positive side for the adult genre it finds itself in. There is no animation in the game so all you get is stills, but one that is clear and drawn well enough that you won’t bother at the lack of animation. Every scene/act is explored far enough and well milked (pun intended) and doesn’t go too long.

Some caveats to note, just like the foreplay and journey that brings you to the point of climax where it’s all going so well, unlike the actual act itself, this one might leave you with questions and almost no happy ending (story-wise that is). Usagi Health Club has all the proper parts to be a good adult visual novel. Good art that matters for the genre, good story up to a certain point, from which it only caters to a very specific and small (I hope) group of people. But if you don’t care about how the story ends then will no doubt have some bursting fun time.