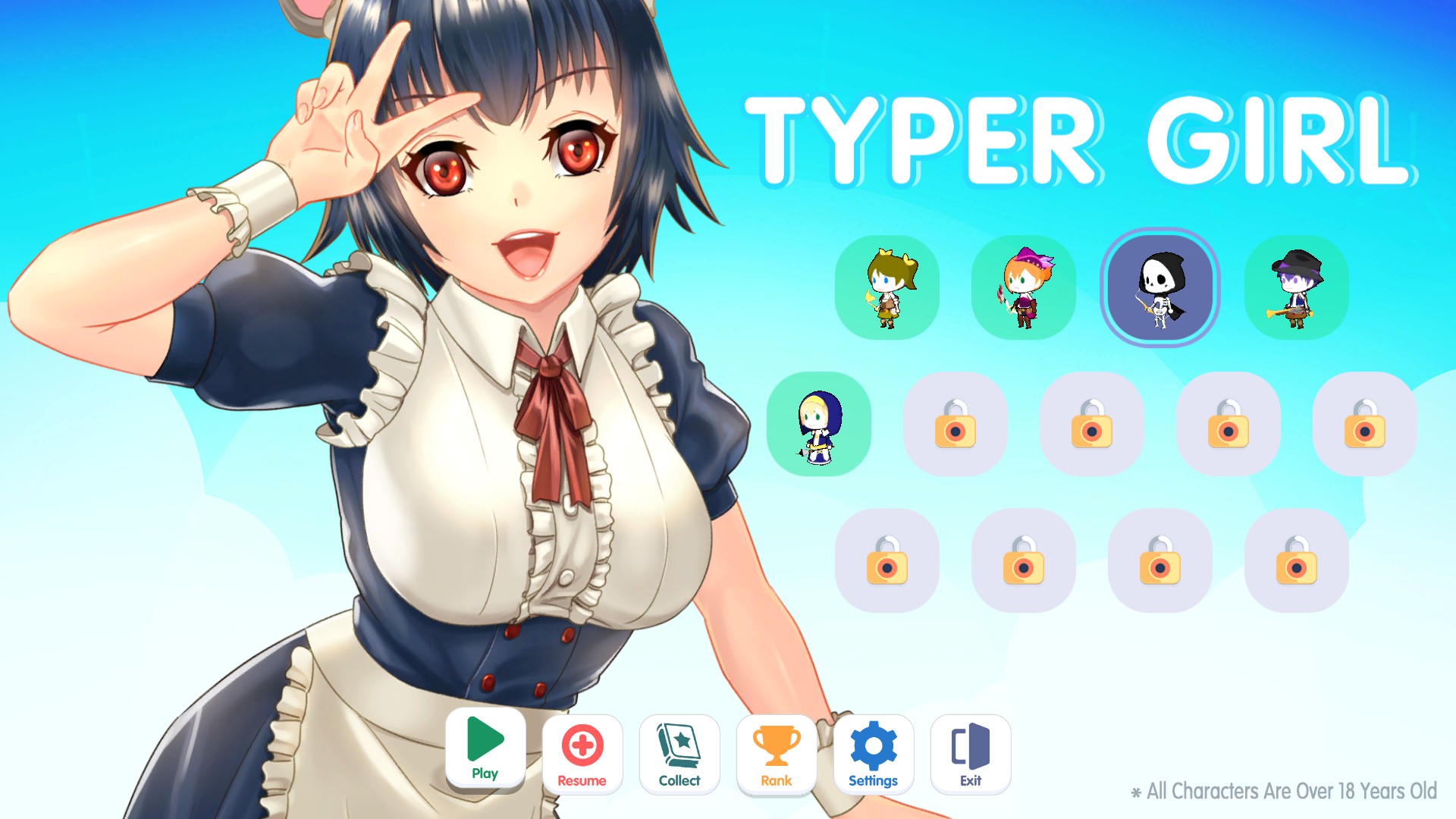 Typer Girl is one of those games that you play for a very short while, and then never touch again. It’s not that it’s a bad game, per se. It’s just that once you’ve seen all the art, there’s not a whole lot to keep you coming back. Which is fine, as a $1 price point isn’t really promising much.

This is the second Planescape Game Studio title I’ve reviewed for Lewd Gamer (the first being My University Girlfriend), and it definitely fits their mold. They give you simplistic gameplay with cutesy graphics, all in pursuit of unlocking lewd art. (Well, once you get the free DLC, otherwise it’s just attractive anime style art.) There’s no reason to wear headphones with this – the music’s a simplistic 15-20 second loop, and unless part of your fetish also includes hearing the click sound of arrows hitting their targets, there’s no reason to even bother with the sound at all.

In this case, the gameplay is a typing game, similar to any one of a number of edutainment type titles you probably played either as a child in school, or when a well-meaning but naive older relative gave you one as a present. This one, however, has nudity as a reward, unlike Typing of the Dead, which contains only zombies. Not to complain, but this would have been a much better way to motivate me as a child. The gameplay isn’t engaging in any meaningful way, and like most of these sorts of titles, the point is simply to work toward unlocking a new piece of adult content. The unlockable artwork is good, and for some reason, centered around the Chinese zodiac as a theme, so you’re either looking at animal girls, or girls wearing animal-themed accessories. Your mileage will obviously vary here. Also it’s worth pointing out that the adult content is limited to a topless option and full nude, with mild variations on the expression of the girl. The poses are static, and there’s no sound effect or animation. But again, how much could you really expect for a buck?

In a nutshell, I’m giving this a soft recommendation. You likely know what you’re getting here, and whether or not it’s going to appeal to you.