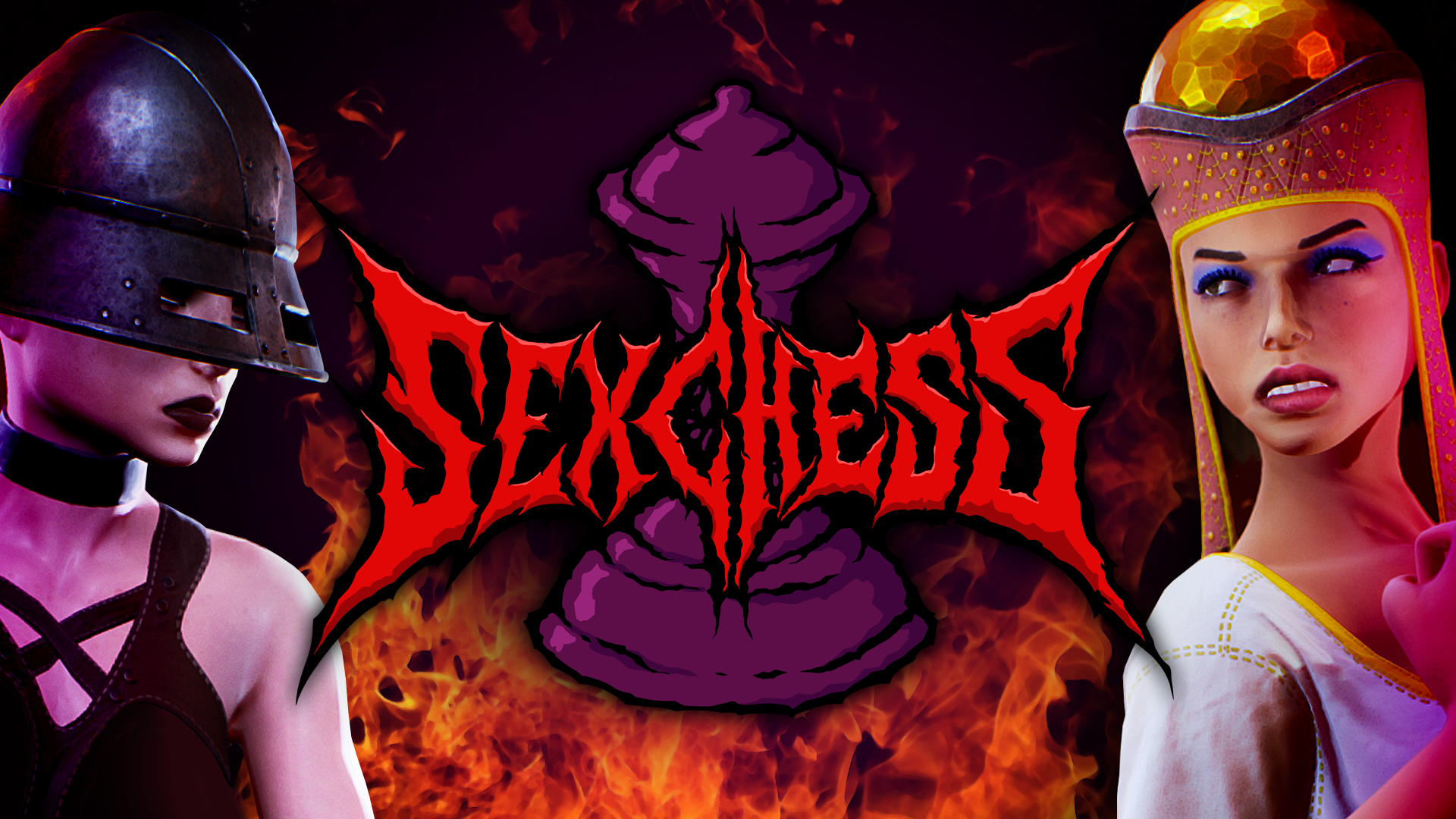 Sex Chess is a chess game that allows you to see specific sex scenes of torture on the board itself.
While this idea isn’t exactly new as it reminds me of that archaic Star Wars chess game with the animations for each capture which is still cool. I will say that I had fun with the game however I would not recommend it because it has some immediate flaws.

The game is essentially chess, so if you don’t like chess then you should not even bother with this game. It has the Pawns, Rooks, Knights, Bishops, Queens, and Kings and their respective movements correct.

As far as I have played, the game still retains some chess rules such as promoting your pawn to any non-king piece once it reaches the other side or allowing pawns the choice to advance two spaces as their first move. I should note that the game LACKS other chess rules such as En Passant which counters the aforementioned pawn moving two spaces first.

To make the game more interesting, you’re able to use some spells to mess with the board. For example, you can freeze a piece from moving for a couple of turns, place a mine at a spot, or even destroy a pawn anywhere. In story mode, I’ll say that I have exploited the hell out of the mine spell for an easy victory since the enemy AI likes to move the King to skip a turn only to step onto my mine and die.

So we all know what you’re here for and we don’t judge. I’ll be sure to point out some sexual themes that the game has that might turn you off. Also I should mention that to unlock all the gallery content, all you need to do is win/lose 11 rounds so that’s very generous in my opinion.

The character designs are hit or miss and I mean it in a positive way. My favorite designs are the White Rooks, both Queens, and both Knights. On the other hand, the King designs are just incredibly goofy and they’re the ones getting lucky with the other pieces.

I’ll move onto the Sound portion and I’ll admit that the voice acting is decent. The moans and grunting are enough to make one turn their volume way down. I should mention that in Story Mode, there is dialogue between Lucifer and the Herald during their chess battles. The banter is incredibly heavy on chess or hell puns which does get tiring after a while. At the very least, the dialogue between the Devil and Angel don’t sound as lifeless as I originally thought.

As much as I had fun, I also had frustrations which you should know:

Overall, Sex Chess is a chess game that uses the premise of sexual animation on the board to appeal to its audience. Whether or not it is worth it to get for yourself is up to you, the buyer. As someone who has played it, my advice is to get the game on sale if you really want to play it but you better be well versed in chess. Otherwise, I’d save the money for something else that could get your rocks off and be an entertaining game.

If you REALLY want to try out this game yourself then you can go to the Steam store page HERE!