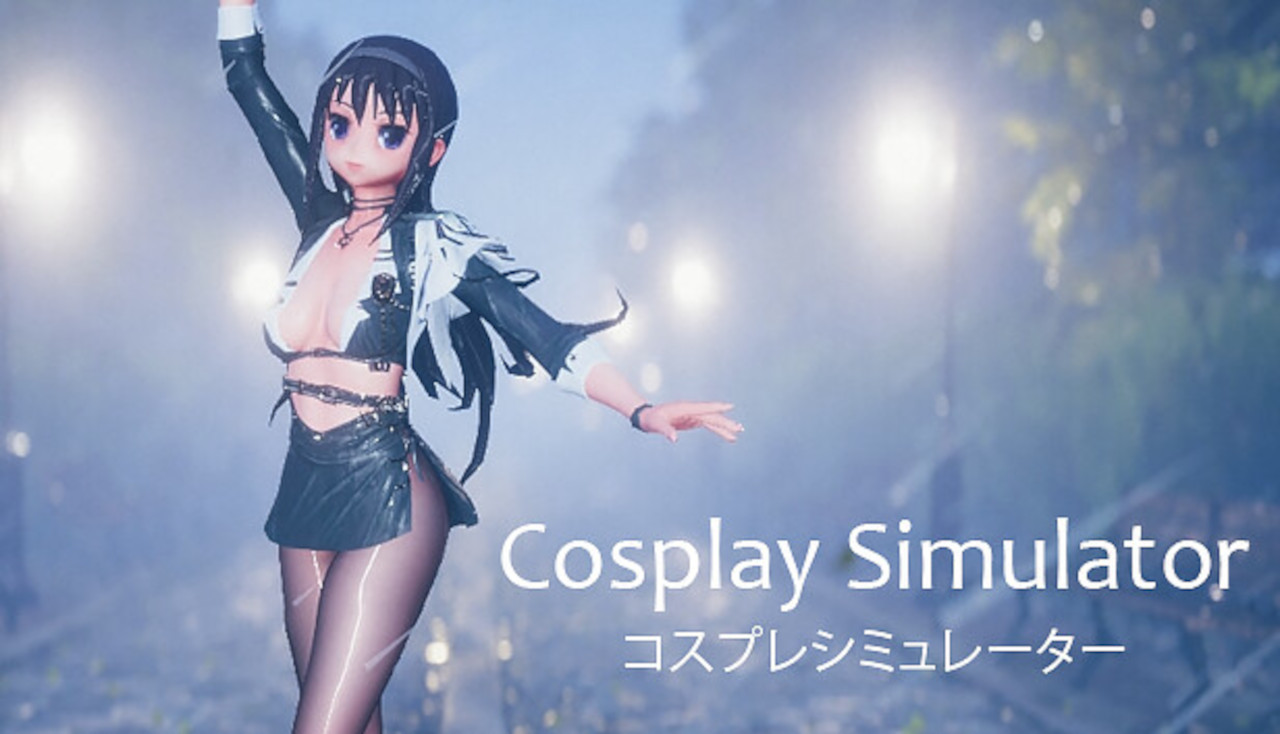 Cosplay Simulator is more on the lines of an adult animated gallery or sorts filled with h-scenes or sex scenes rather than a cosplay simulator.

Before jumping in, do note that there is no game here or anything along the lines of a cosplay based simulator as stated in the name. But what you’ll get is countless animations that are focused on h-scenes with a bit of non-h-scenes.

Let’s Get This Out of the Way

The UI settings you’ll be greeted with and one that is present during the animations lets you control a number of things. The Depth of Field, turn the Rain effects on or off, Quality of the graphics in the scene, hide/show monster. There is also the option to adjust the size of the opening of the penetration points (to put it nicely), the level of jiggle for the girl, volume of her voice in scenes, flashing (essentially lifts up her clothes to show the opening points for better viewing during scenes) and Turn which moves the “scene” area.

I’ve Seen Her Before

The first UI icon at the bottom indicated with a skull, lets you choose the girl or “cosplayer” that you want. All of the characters have the same facial structure bar one. All that changes for the same character models (9 of them) are the hairstyles. All 9 of the facial models seem to not fully fit into the body well and seem a bit awkward. The only other face that is different fits well.

Someone Will Appreciate This

The second icon (book) will allow you to tinker with the character’s pantyhose (colour, torn, style etc.) As well as the skin colour & hairstyle for the girl. Next option (armour icon) will allow you to choose the girl’s clothes, its brightness, glossiness and how metallic you want it to look. There are 19 clothing types with one being fully nude (with the option to have the pantyhose on).

The 4th and 5th icon (bag and scroll respectively) are the sections for the animations.

The 5th section is where most of your time will be spent (assuming you’re not here for the dance animations) and is all the adult scenes. In total there are roughly 27 characters(monsters/creatures) that will carry out the sex scenes with the girl. Each monster has their own number of sections to the scenes that they have with the girl. The positions for some of them are normal positions but due to the fact that the characters are monsters, it makes it seem out there.

Picking the Right One

The fact that there’s multiple positions for all the 27 characters is astounding. Especially at how different they are to the point of hilarity, such as a monster plant banging the girl. The animations itself are well made for the scene/positions they are going for.

You’re not the Only One Going Stiff

Some minor bugs encountered are the girl’s character model going stiff while the monster is doing its thing on her. Others include the character models missing and with only the sound playing. Clipping issues for the clothes are quite common as well.

If you go in solely looking to watch adult animations featuring a girl getting boned by a big array of monsters, then this is definitely one for you. With an animation framework such as the one Cosplay Simulator has, one would expect some of it to feature in the developers next game or else this will be wasted opportunity. With the big selection of animated scenes and characters to choose from to watch, there’s bound to be at least one that you will shoot for.