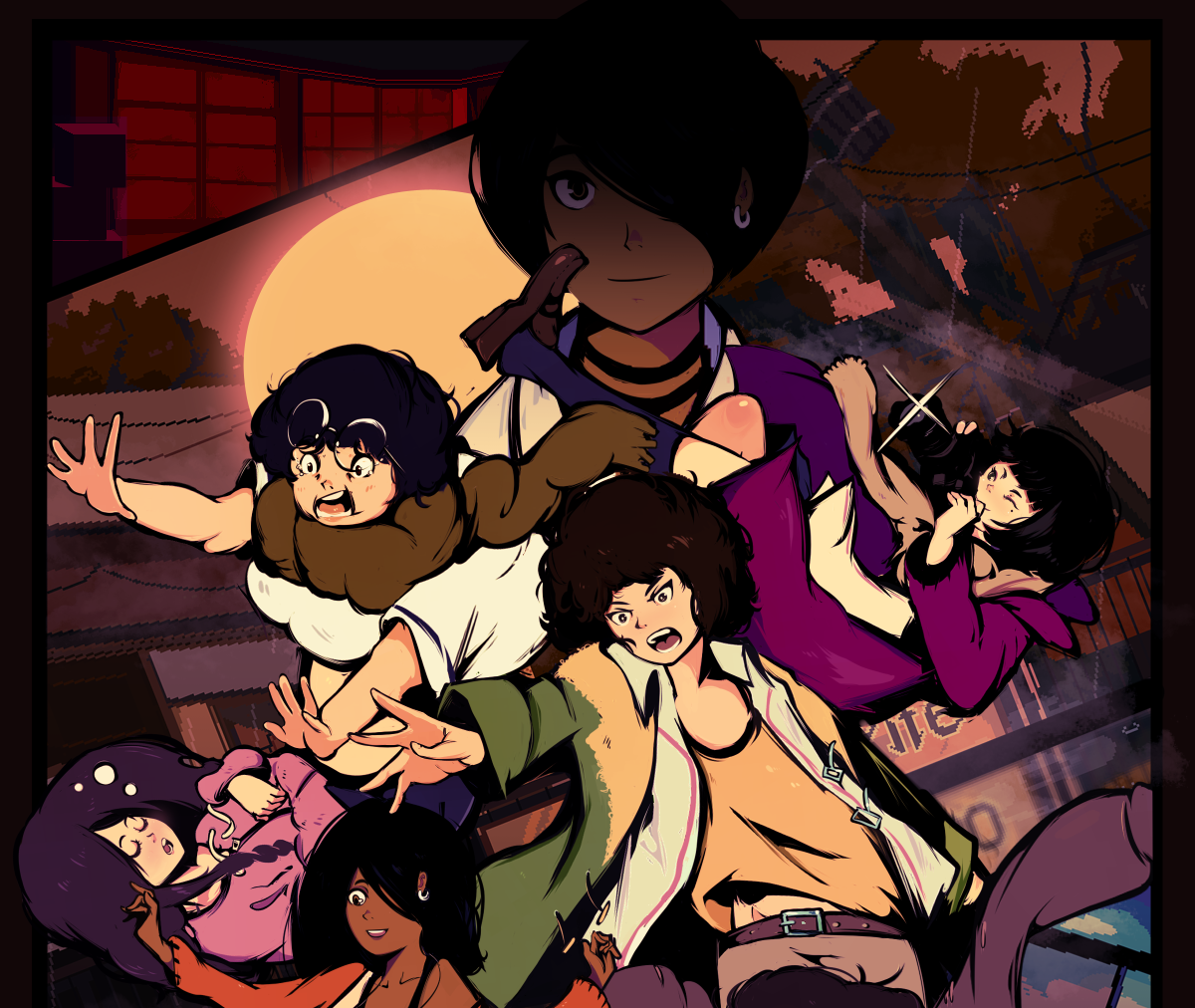 Story:
You’re basically a dude going on a field trip with three other classmates: Aurora (Camera Girl), Solar (Smart Girl), and Arthur (Otaku Dude). You’re being chaperoned by your teacher, Miss Hada (Busty MILF). Something goes awry and you all get stranded onto a spooky island which has a spooky mansion on it. You’ll soon meet two characters: Alma (Small Girl fascinated about the Occult) and Leon (Handsome Dude) who were also recently stranded like you guys. To cut to the chase, something bad happens and you get sent back to when you were stranded except you retain your memories and a curse. It is up to you to use your prior knowledge and looping curse to find clues about the true nature of the spooky island.

I enjoyed the story because there’s so much mysterious shit that is in it. A few events that happen with the supernatural that keeps you on your toes until you get to the end that you realize the significance of the island itself. I loved the True End since it’s really sweet and romantic after a lot of deaths that it takes to get to it as well as finding out the special twist about the island. I’ll admit that the story is sort of shorter than I would’ve liked, in fact it even ends in a major cliffhanger. There are still unresolved plot points by the time you reach the True End that leaves you grasping for more. So I hope that there’ll be another game or a DLC or something to fill that void.

Gameplay:
The gameplay is pretty much like a kinetic visual novel. You point and click around the place to get some observations from the characters. There’ll be dialogue choices that you have to choose, usually it’ll dictate which room to go into, what action to take, or even just a quiz/memory game. At points in the story, you’ll collect some evidence at the top left, you’ll sometimes be required to select on one of the evidences you’ve collected to answer.

You’ll pretty much go through each choice to try to get all of the evidence you need in order to get the True End. So expect to die a lot or get some dead ends, but don’t be discouraged, you’ll eventually get it. There are some points in the game that you play a memory game, I think around two points, they aren’t bad but it’s very easy to mess up if you skip text too much.

Another thing I like is the art, which is fantastically done, especially for some lewd stuff. I also appreciate that there are no jumpscares in this visual novel. I want to have a fun time without falling off my chair.

Verdict
I recommend this game, hope there’s a sequel or DLC. Have a nice one!

You can purchase Occult Rewrite on Steam by CLICKING HERE.