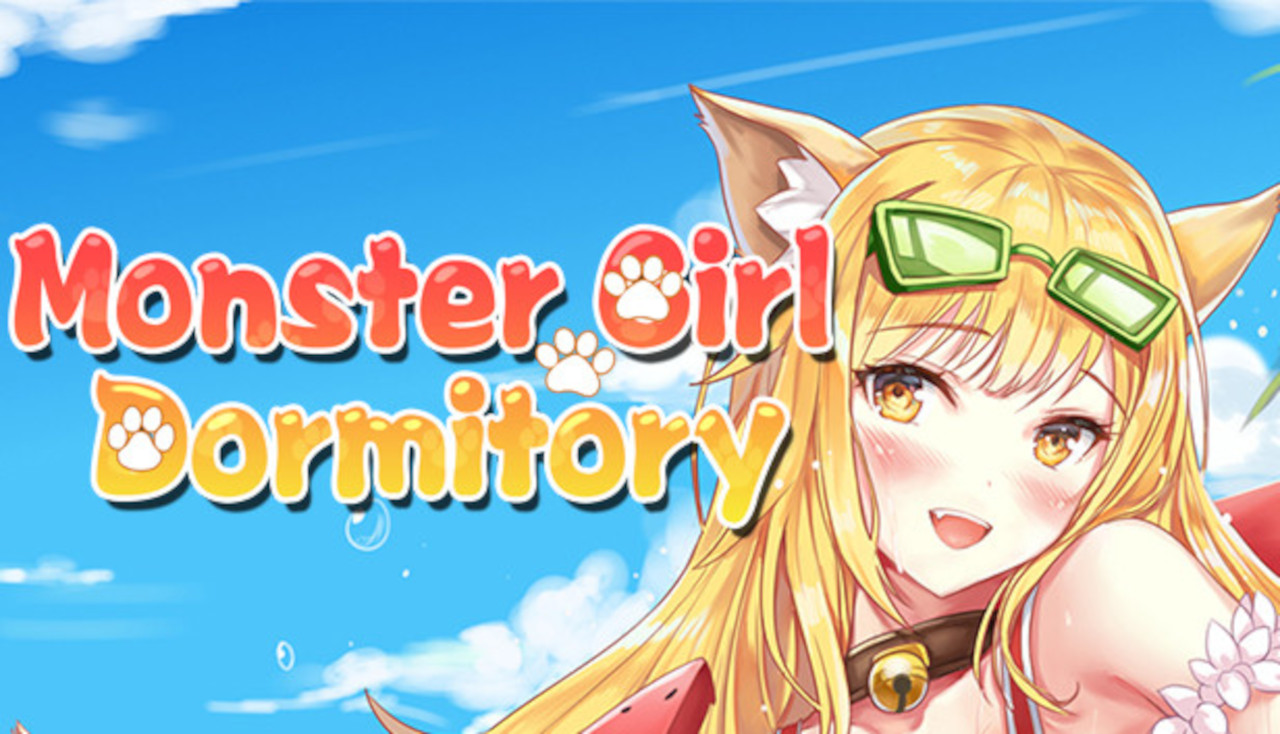 Monster Girl Dormitory is a basic adult puzzle game where you have a dorm with 10 monster-esque girls that require you to solve their puzzles before it unlocks the story of their relationship with you.

Nobody Lasts That Short

First and foremost this is a short game that is even shorter without the adult patch which can be completed in less than 5 minutes. So with the patch installed, that’s where 95% of the story (aka banging) is unlocked and takes place.

As a game, Monster Girl Dormitory is one of the most brief and mindless games you may play. The “puzzles” all are the same type for all 10 girls. You have a lock and some tiles. You start a point and you have to go through all the tiles and end up at the lock which will unlock the story for each girl. After unlocking, you would need to pick the girl that you unlock and place her on the book area to reveal her story.

Story-wise for Monster Girl Dormitory is not very good. This is all due to bad translation it suffers from which at times makes the story seem rather odd. If you’re playing this for the story (like who is?) then prepare to be disappointed. Half of the story does not make sense due to translation issues, do note this is solely for the English translation.

The girls are at times referred to as “he” and you, the “Master” is at times posed as the girl, which makes the story confusing, for instance a girl wearing a black skirt is translated to “green skirt”, a girl with pinkish hair is referred to as having “black hair”. There’s also moments where the translation is funny, such as referring to his dick as “dragon” and the girls’ vagina as “Taoyuan cave”.

The art for Monster Girl Dormitory for the most part is just decent with the exception for 3 girls and their story section. Those 3 seem to be much more well drawn, pictured and the way they are delivered. It’s as though the game has 2 different artists doing the art.

No Game, Just The Good Stuff

Other points that the game differs with or without the patch is with the patch, there’s voice acting for the girls compared to not having one at all without the patch. Also the gallery to view the adult scenes via the main menu is available and immediately unlocked when you have the patch on.

Whether Monster Girl Dormitory is the thing for you or not depends on what you want to get out of it. If you’re looking to play an adult theme game for the game itself or for the story then this isn’t the one you’re looking for. However if you’re looking for an adult comic/visual novel with little to no barrier for you to get to then as someone once mentioned, “go nuts” with this one 😉