Compiled into this title comes a pack of seven different styled mini-games. Each of the mini-games come equipped with several images you unlock through the process of victory. With previous knowledge of this type of game from times past, I came in expecting the game to be fairly shallow with mediocre imagery and absolutely no replay value. Admittedly, I was only partly correct. 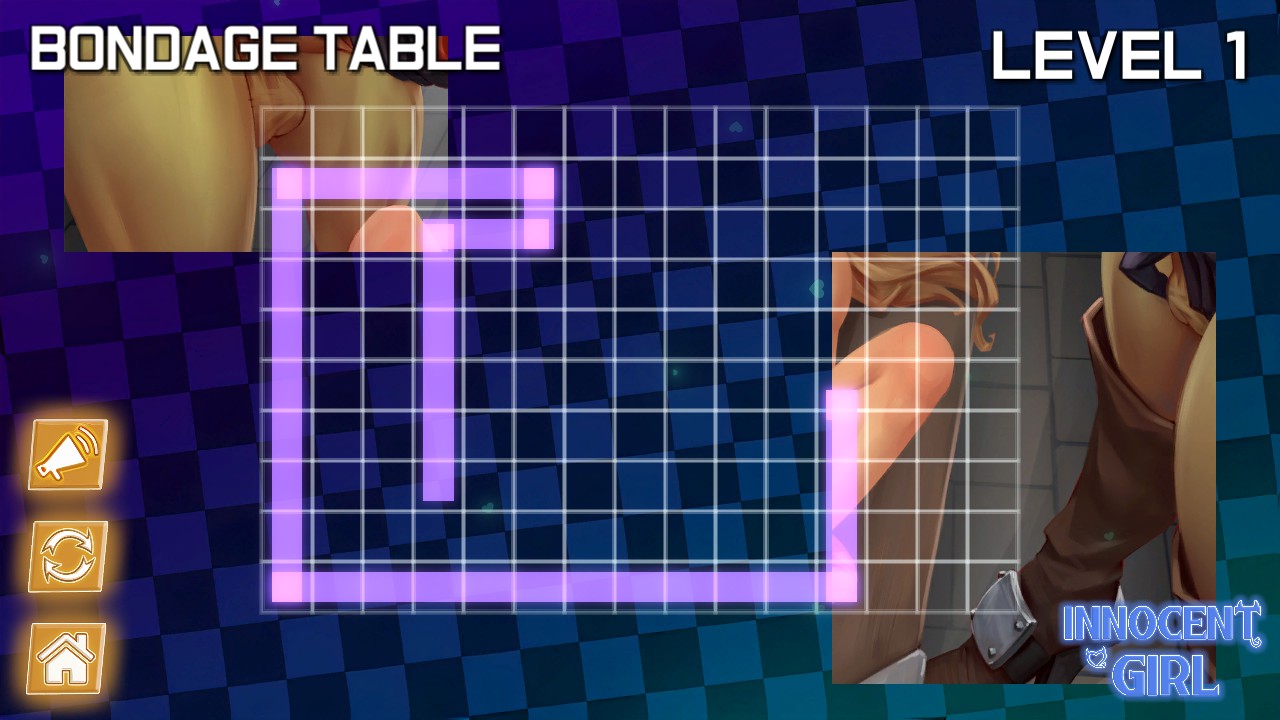 After booting up the game, I was presented with a title screen that actually looked nice and with following menus that didn’t make my eyes bleed, so I began to feel a bit more hopeful at this point that I would not find the mini-games ridden with trash for mechanics and rewards. 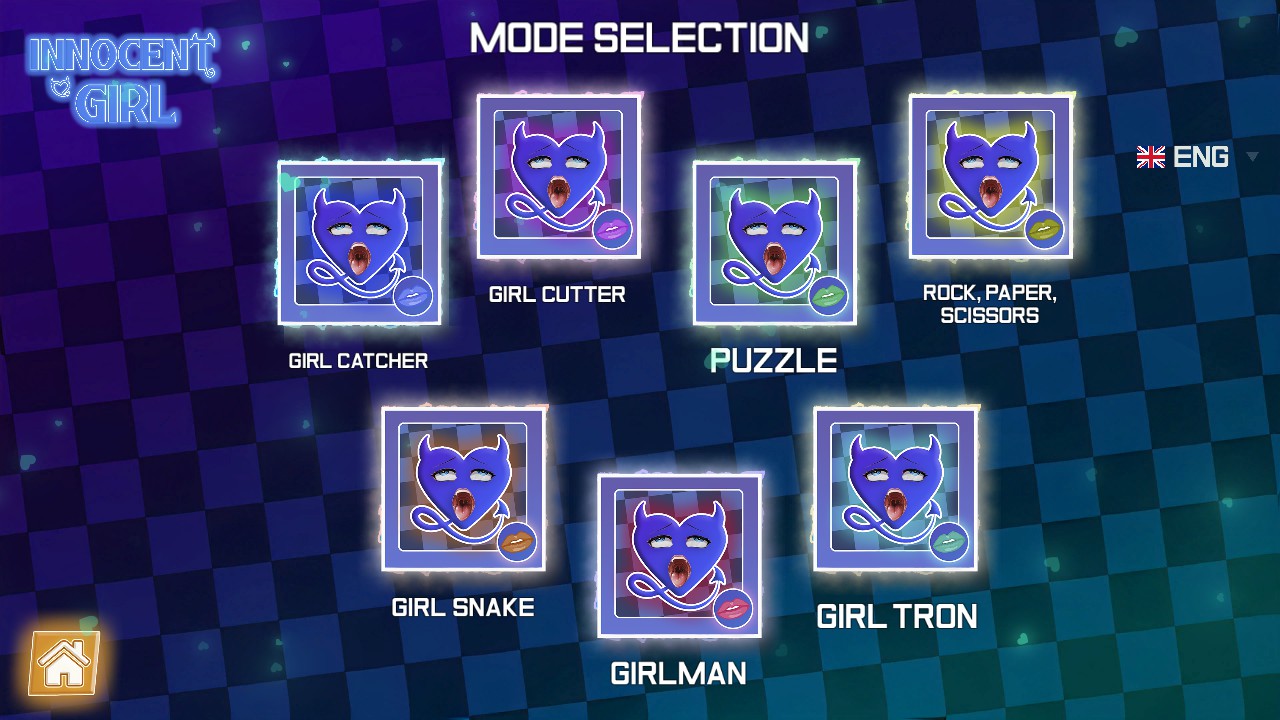 Upon entering the screen with the mini-games I checked to see what they all offered, and by the names I had no idea exactly what they were aside from just a few. In a nutshell, the games are Tron, Rock-paper-scissors, a new form of snake, catch the falling objects, pac-man, cutting chunks off an image without touching the moving objects and a extremely light form of jigsaw.

Pac-man, rock-paper-scissors, tron and jigsaw are exactly what they sound like only the pac-man was awful as the controls don’t like to work very well and you get caught on or go through the walls of maps. Also the “ghosts” get to be really stupid fast at times making it impossible to win if they act just right. Tron was easily manipulated into a win, so there was no challenge to it and the jigsaw puzzles are literally only like 5 or 6 pieces. Rock-Paper-Scissors is just a game of perseverance and luck as each win grants you a chunk of an image, but each time you lose just the opposite happens and you lose a piece. 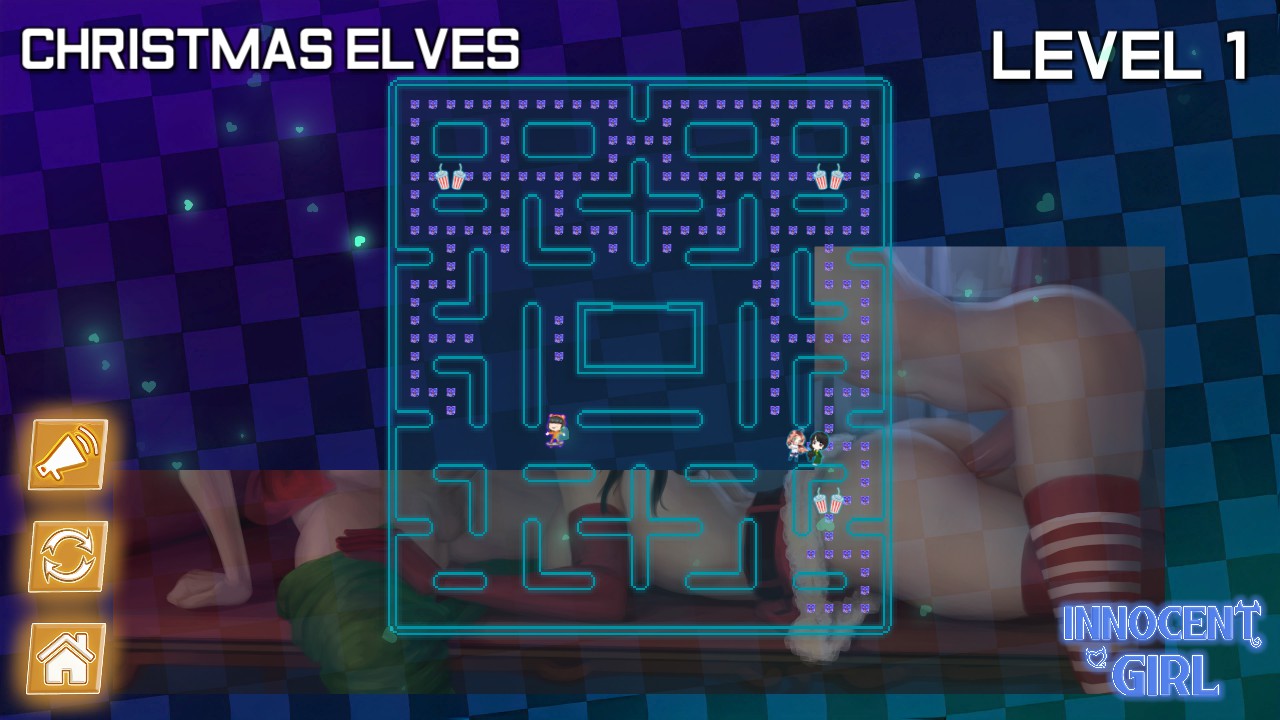 Snake is actually interesting in how it was implemented in this title. Instead of the snake going in straight lines, this one spins in a circle forcing you to time your inputs and be careful about everything you do. The mini-game where you catch the falling objects is just a game where you move on a horizontal plane and “catch” falling images of girls without touching the guy images until you complete the picture in the background.

Easily, my favorite game was the slice the image. Basically, what you do in this game is there are small images bouncing around a large rectangle you have to slice the image into chunks to reveal the picture behind it without having your cut line touch the bouncing object inside. This mini-game was a simple concept but worked really well. 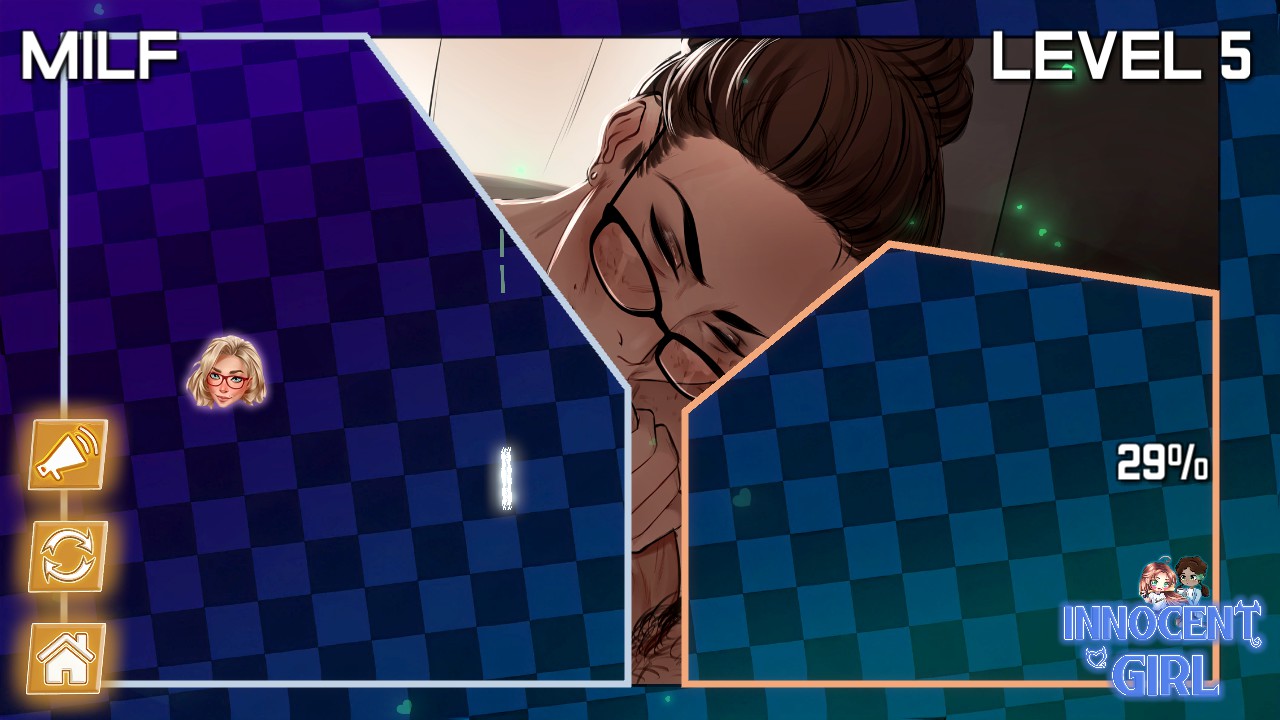 Most of the mini-games here are complete trash and honestly, I beat this game in about 40 minutes flat. I feel like the developer should have put more eggs into fewer baskets and make some of the mini-games better with more levels. In its current state, the only real thing this game has going for it as a selling point is the art, which is very very good. The imagery you are rewarded with is absolutely beautifully well done and impressive.

Unfortunately, I don’t think I could suggest this title as a must buy, but as a game that only costs .99c USD, I cannot say it isn’t worth it. The imagery alone is worth the dollar and you will at least get around an hour of entertainment out of the game.