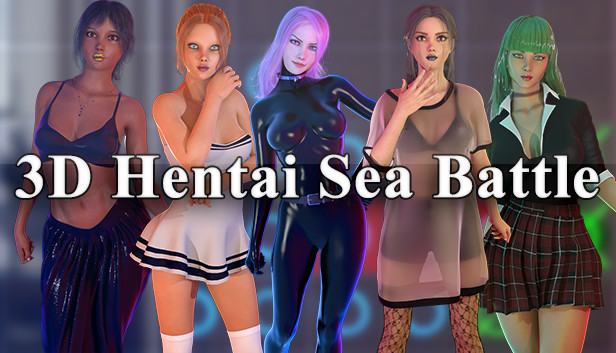 Battleship mixed with naked girls. How has this not been a thing until now? 3D Hentai SeaBattle is a single player battleship clone that pits you against the CPU. If you’re not familiar with battleship, the rules are simple: both players start with a set amount of vessels and place their ships on a grid. After placement, the opponent’s board is hidden and divided into coordinates. Each player takes turn choosing coordinates to attack, and your win condition is the sinking of all of your rival’s ships. Since you cannot see your opponent’s board, you must use your wits to strategize each attack.

Starting off, I had problems placing my own ships. I was always forced to randomize their placement. This isn’t a huge deal, but it kept me from getting invested in the battleship aspect of this game. Once the game begins, you choose three coordinates per turn when attacking. This greatly speeds up the game. Unfortunately, your attacks that hit are not shown directly on the board, so it is extremely hard to deduce where that ship is and where you should attack next to sink it. This ultimately led to me picking three random coordinates each turn until the board was nearly covered on both sides, and always came down to the last play or two. It almost feels like a coin flip.

The battle grid is transparent, and behind it will be one of several girls of your choosing. Prior to starting you select one, and after beating the CPU 5 times all of their CGs are unlocked. They aren’t the greatest of quality, but I’ve definitely seen worse. After unlocking they are viewable in a gallery accessible from the main menu.