Euclyca is an RPG game seemingly based around something relative to a shattered world driven into ruin by alien invaders. However, once you start playing, the whole tone of the game says otherwise. Nothing I was seeing hardly at all suggested aliens, so I feel maybe that part of the story was lost in the theme when creating the world. 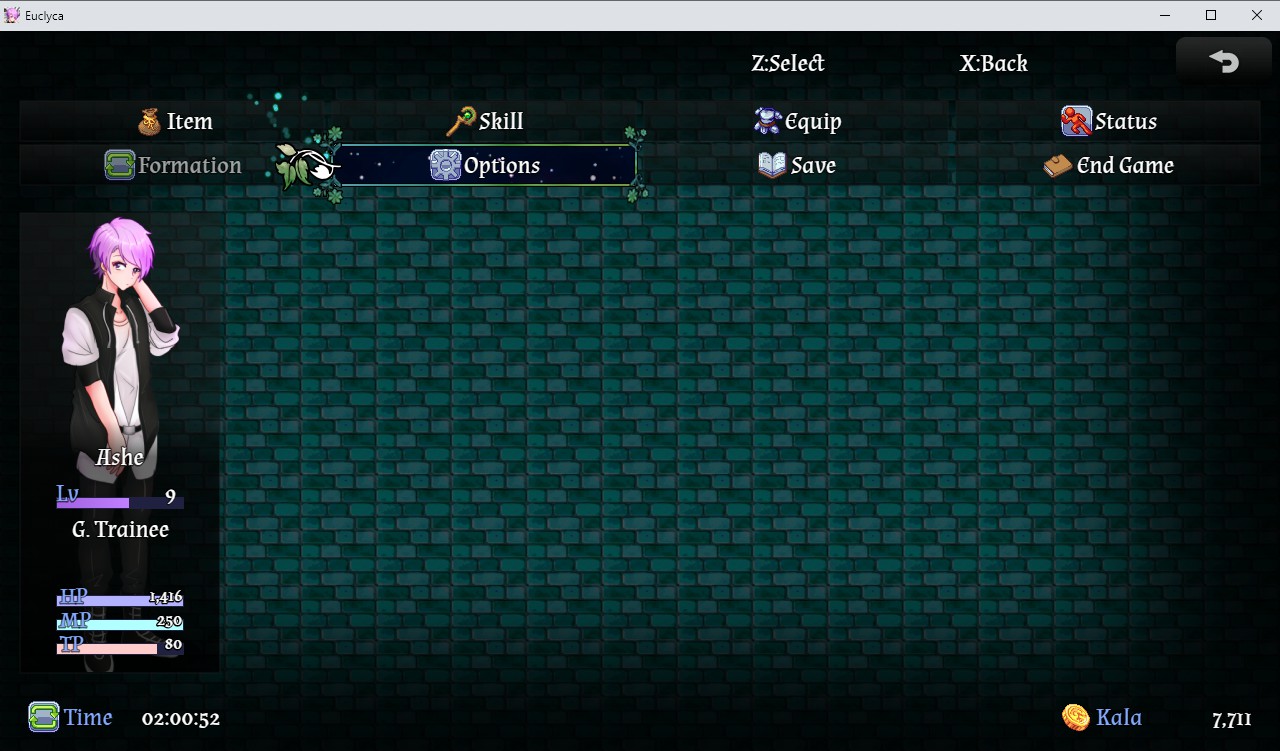 Despite the seeming lack of direction in the art style of the game, Euclyca is not an ugly game. Most of the areas were actually very well done and enjoyable to see. Admittedly, a few zones just looked too busy and it was hard to tell what a floor tile was opposed to a wall or other type of tile. It’s worth noting the character styles are all interesting and exactly what I feel you’d want to see in a game that is 18+. You have lots of variation all of which seem like they’d fit very nicely in an anime themed world.

Of course this title is an 18+ game, but it is worth noting that you should not go into this game expecting to have tons of lewd scenes thrown your way. On the contrary, the NSFW scenes are more so like supporting characters in this game. You’ll get one here, you’ll get one there. Euclyca really does try to keep its own personality as a game first with adult themes thrown in, which in its own way is refreshing to see. 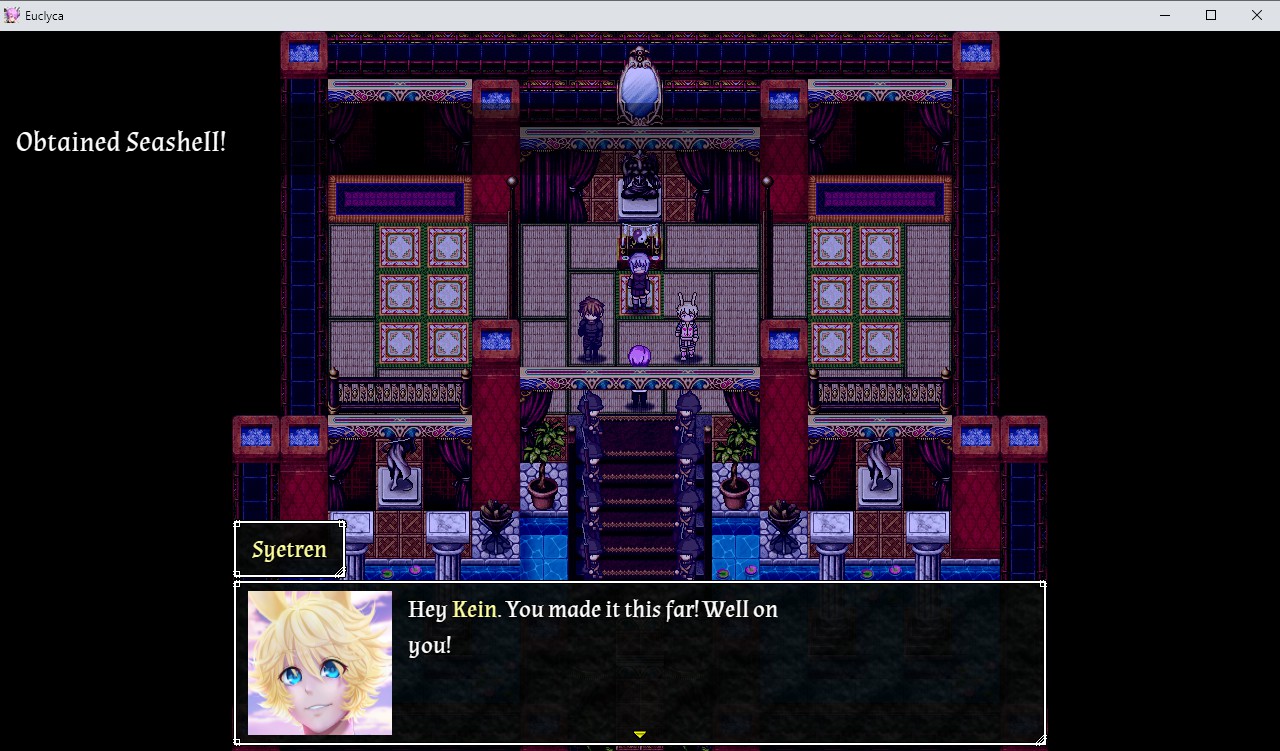 With this title being an RPG, you need to know it is an RPG styled around a combat format that does not wait for people to take turns attacking. If you sit still, the AI will keep hitting you, so you do have to be fast with your choices in combat, which leads to an issue I have with the game. The enemies in this game are brutal 90% of the time. Everything the CPU does buffs themselves or debuffs and hurts you, while nearly everything you do leaves minor scratches. Combat in this Euclyca feels very unbalanced in the AI’s favor. On top of the AI having the clear edge, your attack options menu is not static, so sometimes if you’re in a tight spot having to hurry, you have to kind of chase your menu. It may not seem bad, but to me this grew quite annoying.

Much like the attack menu moving around, the enemies are also not static, meaning that you have to click whom you wish to direct your attack. Many times over, I clicked the wrong enemy because a different enemy’s body moved over top the enemy I was choosing to attack. This could mean failure in clutch situations. 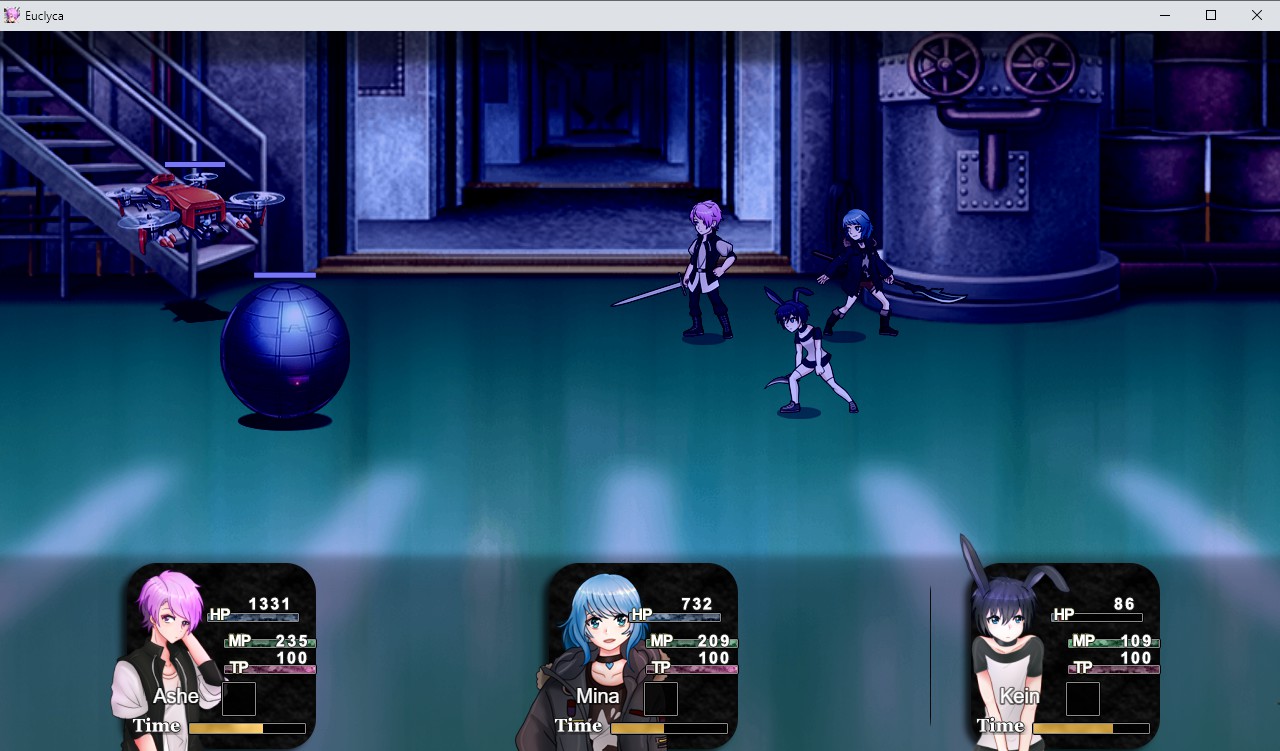 When it comes to Euclyca, I stand in a strange place. By no means do I think the game is trash or hopeless, but on the same note I do think the game suffers from a bit of identity crisis and annoying design. With that I will say that, I am sure there is a crowd that’d enjoy this game a lot, but they would have to probably be the type of people who really enjoy RPG titles that are built to be brutal and obnoxiously hard to play due to the scale being tipped in the AI’s favor.