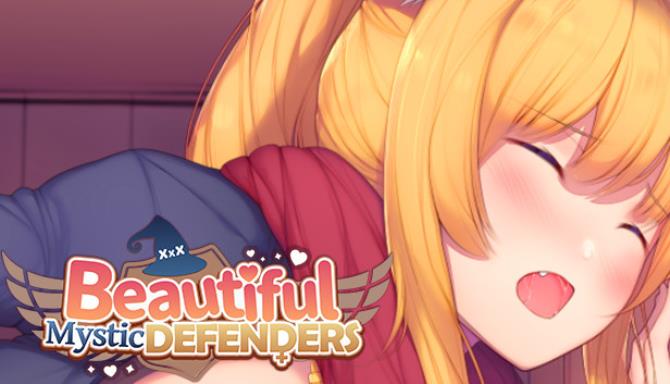 Just like any cliché B-Movie plot, your character is a guy who is sucked into a video game of his dreams filled with all types of girls, a cat-girl, an elf-girl etc. you get the idea. From there you meet a group of girls who are trying their best to fight off enemy invasions to no avail. Being the tactician gamer you are, you are determined to plug out every possible invasion in hopes to plug in every hole in a different nature. Talk about sticking in 2 holes with one pole, I mean hitting 2 birds with one stone.

Meet the Waifus
The 5 characters you meet and are able to use are, Kitsune, a warrior that can summon soldiers. Takami, a Huntress that can freeze enemies. Yasako, a Sorceress that can rain down meteors. Sumi, a Rogue that can place land mines. Lastly, Airi, a Mage that can create a poisonous swamp that’ll damage enemies as they walk through it. With each character’s different attack style either range or melee and their own unique abilities, there’s a fair amount of playstyles that will be useful on different stages.

Tower Records
The stages are similar in nature to one another, with there being at least one opening point from where the enemy comes from which they will follow a path to make their way to your base. As with the standard TD formula, enemies come in a number of waves and you have limited space to build up a variety of towers to defend with. There are 7 towers to choose from, such as Gunmen Tower & Magic Altar, towers that shoot bullets and magic at both ground and air units respectively. Barracks that spawns soldiers to attack ground units, Cannon Platform that shoots cannonballs at ground units and so on. Towers can be upgraded with gold that is accumulated from killing enemy units.

On the World Map is where you choose a stage to play, select your heroes, buy upgrades for your towers or heroes’ abilities and also where you purchase certain perks that will affect your enemies progress. All the purchases cost gems that are obtained just by playing or by bronze, silver or gold stars which you’ll get based on the difficulty you choose. Lastly the Gallery is where all the goodies are stored after you unlock them. You can replay the scenes after you’ve unlocked them through progression of the story. All the scenes are animated voice acted.

Thoughts
Beautiful Mystic Defenders is a simple yet well made Visual Novel TD that will keep you busy with its grinding gameplay and animations. If you’re a fan of TD and Lewd games then this is a game you wouldn’t want to miss as the game itself can pose some challenges that’ll keep your focus on, if not the scenes will surely do.

You know you want to purchase Beautiful Mystic Defenders on Steam