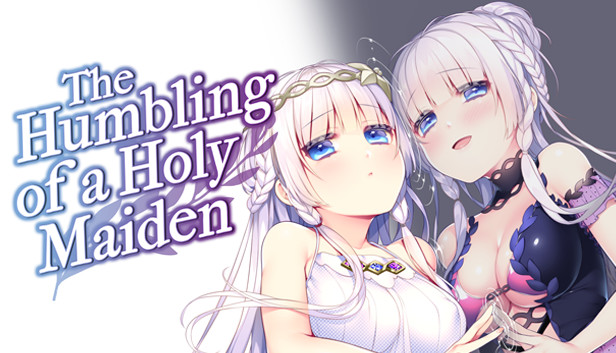 If a game ever embodied the term “bad influence” this would be it. In The Humbling of a Holy Maiden you start as a protagonist reincarnated into a fantasy world. I didn’t quite understand the reincarnation premise, but I tried to not be too critical of the story and went along with it. Evil has just been defeated in the form of the Demon King, and you and your priestess buddy Siena discuss the potential problems that await an era of peace.

The story quickly shifts to an innocent girl curious about sex, all the while she and the protagonist fall deeper and deeper down that rabbit hole until she is completely undone. The surrounding story quickly takes a back seat while the scenes become more frequent and intense. The art looks great, there are plenty of CGs for its length, and it is completely uncensored with no mosaics. There aren’t any animations which is fine considering its quality, however there is almost no sound outside of the voiced lines and music. Some of the scenes get intense, but fell a bit flat due to the lack of sound effects and a soundtrack that sometimes seems unaware of its surroundings.

Options are basic with the standard text speed and volume sliders. This plays in a 4:3 resolution similar to other translated VNs. This didn’t bother me at all at its not uncommon in Japanese titles, and looks fine in both windowed and full screen mode. You are given access to view CGs and replay scenes from the extras menu as soon as they are completed, so you aren’t required to finish the game to reap your rewards.

If you don’t skip any dialogue, the journey of Siena and her corruption is worth the build up. The translation is extremely good, and its easy to appreciate that Holy Maiden was brought to western audiences nearly appearing as a domestically developed game. The price is low enough to give this game a strong recommendation, and I look forward to seeing future titles from Love Lab as the localization was done as well as could be expected.

Purchase The Humbling of a Holy Maiden on Steam!