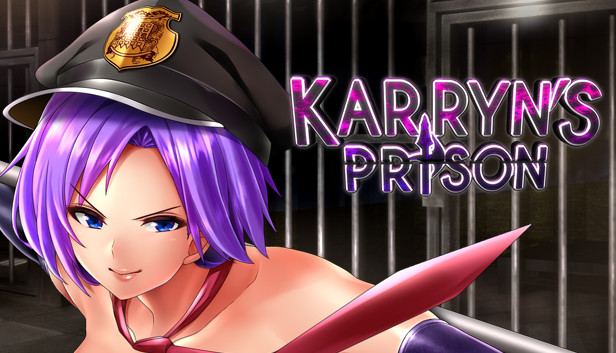 Have you ever wanted to beat up orcs… using your vagina? Okay, Karryn’s Prison doesn’t take that concept quite literally, but as a lewd game all of its scenes are seamlessly integrated into combat. What this means is we don’t have an RPG with bonus boobies on the side, but instead we are given a game that has surprisingly deep battle & resource management systems which includes sex as an integral portion of both.

You have two paths you can follow to beat this game: a combat route and a defeat route. The former is akin to a traditional RPG, which would mean raising stats to quickly dispatch your opponents. The latter entails subduing (and being subdued by) your foes and forcing them or falling into submission. They are very different play styles, and Karryn’s Prison encourages multiple playthroughs for the best experience. Be aware that due to the many off-brand stats and build combinations available you may need to resort to a guide for a better understanding.

There is a time limit in this game, which I am not a fan of. You are given ample time to complete everything which makes me wonder why it exists in the first place. For those who completely object, the lowest difficulty does eliminate this.

This is an RPGMaker game, although it really doesn’t play like one. The options menu is rather robust, and aside from occasional klunkiness on the overworld map it plays great. The music is far above average, and the goods you’re likely looking for are uncensored and rather explicit. Furthermore you can usually influence how the lewd scenes play out, raising sensitivity and endurance to particular body parts and fetishes.

Whether you’ve had positive or negative experiences with similar games in the past, give this one a try. Its truly unique in its genre, and sets a high bar I’ve yet seen surpassed.