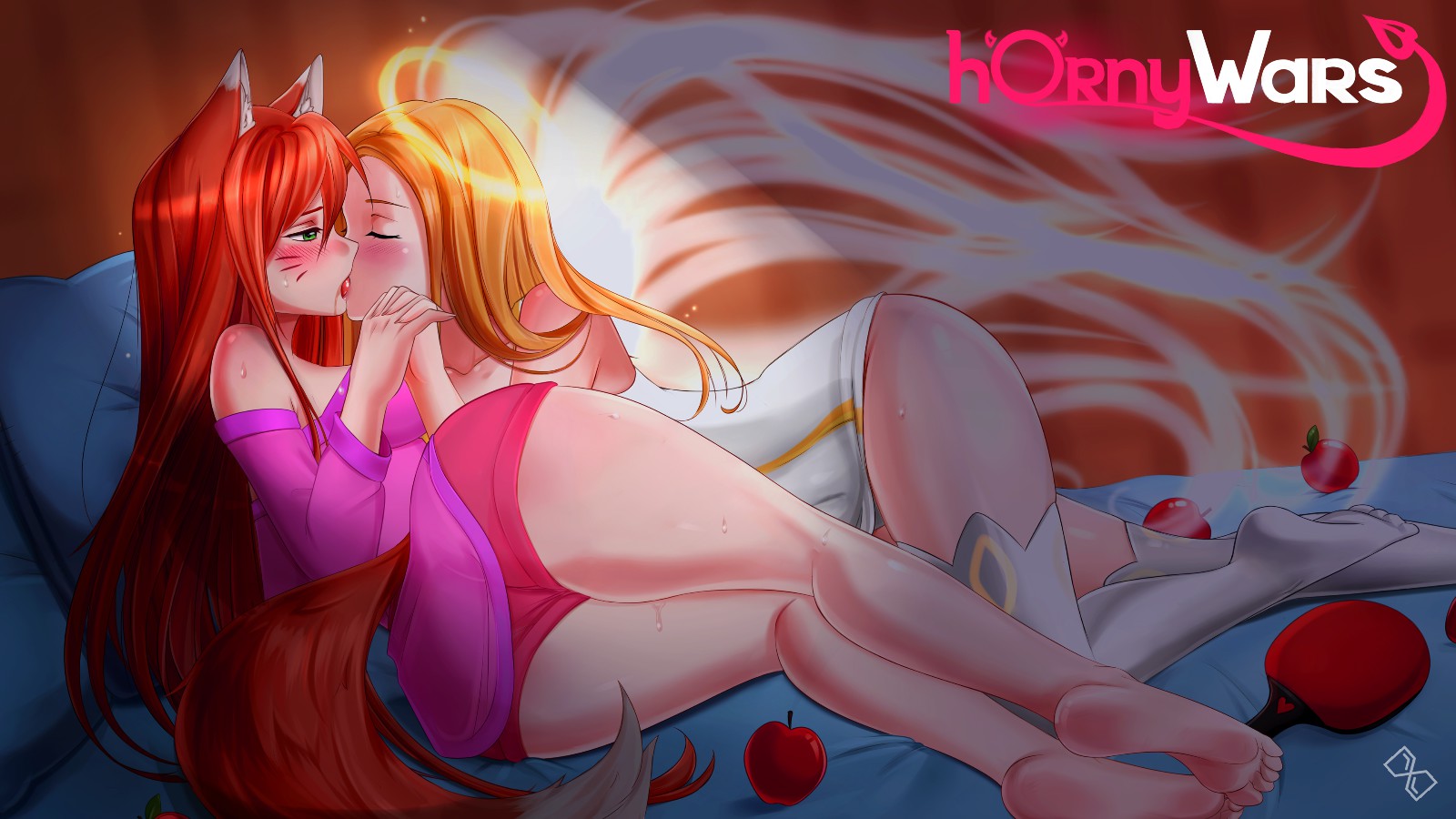 This game’s greatest strength is its self-awareness. The creator knows that you’re more than likely not here for the plot and has just gone full-bore into absurdity to justify the creation of some spicy girl-on-girl action. This was a risky choice, because the writing is slashfic quality nonsense. The emphasis, though, is on QUALITY. It hits a sweet spot where it’s so absurd that you can only laugh at it, and against all odds, it adds to the game. That being said, there’s two characters that are introduced with zero explanation, so it could use some work. Just a line or two of text would have fixed that issue.

Speaking of the game, let’s talk mechanics: The bulk of it is your standard “jigsaw puzzle” style game, but after completing the puzzle, you’ll have to play a mini game to get to the animated portion of the scene. Essentially, you’re hitting the up and down arrow keys. Sometimes you simply have to fill a meter, other times you have to partially fill a meter but keep it in a specific zone while you wait for a second meter to fill. Neither the puzzles or minigames are difficult, though it’s possible to fail the minigame, which will force you to redo the puzzle. The minigames exist purely to pad out the already short length of the game, but don’t add anything overall to the experience. The animations are fairly minimal, and definitely pale in comparison to the Live 2D stuff that bigger budget games have all incorporated, but they do change slightly in speed and vocal intensity as the girl/girls near orgasm, which is a nice touch.

The length is something that I really feel needs to be addressed in any future installment. The game ends on an obvious “wait for the sequel” type of note. That’s fine, and honestly par for the course in a lot of budget adult games. But I’d advise them to be cautious with releasing a whole series of short (literally no more than a half hour in length) games – at some point, the overall cost of playing the entire series outstrips the value of what’s on offer. As a debut title, sure, it’s fine, which is part of why I’m giving it a pass here. But if this pricing structure and length keeps up, you’re looking at $6 USD for 1.5 hours of gameplay, which is just not competitive in an adult gaming market that’s rapidly growing crowded. I want to see everyone succeed in games, but without making some changes moving forward, I just don’t see how it’s possible.