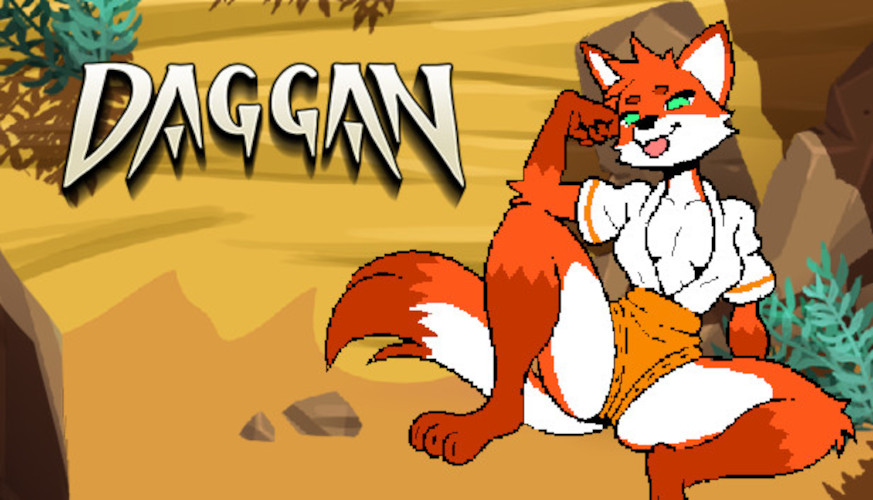 Daggan in its essence is a base building RTS where you’ll be engaging the 1st all the way till the 4th base in order to plant/spread your seed into building an army, potent enough as you try to last the whole game or suffer premature ejaculation.

Word play aside, Daggan is a good enough RTS that is simple enough to pick up and play for grown ups. For grown ups only, playing this game with its SFW (safe for work) censor/filter means disrespecting the purpose of this game, which is to provide every Furry out there an RTS game they didn’t know they wanted.

Gameplay-wise it is simple. You start off with an “ally” to start building your army/empire from scratch. You can control and give orders to your ally to gather resources such as wood, stone and to mine for some coin. Wood and stone is used to build structures. Coins are used as currency to buy upgrade points and to unlock skills.

At the start you’re given 2 skill points to unlock skills such as a new attack type, such as multi shots or dealing more damage with every shot. Those skill points can alternatively be used to unlock buildings to build, such as houses for your population, towers for defense and more.

In order to expand, you will need to increase the population and build a house. Once you are below your current limit, any “sexy time” you have with the opposite gender will yield another ally. The level or rating of the new ally is based on the mini game you’ll do while banging, landing the shots in and the new ally will be on a high level.

It’s interesting to see the genetics kick in when the new ally spawns, whether they have your eye colour or your partner’s fur colour and so on and so forth.

By all means Daggan is a janky game, you will stumble upon bugs, AI pathfinding issues making your ally not follow commands at times, enemy spawning on walls, allies cutting down the structures of NPCs which “kills” them off from your game. During enemy raids, your allies will find the urge to bang there and then. The artstyle is questionable at times, and honestly if you cover your character, the game seems like a first person game with a 2D avatar pasted on it to represent your character.

Daggan’s unique take on the gameplay loop just makes you want to play one more day after your army is decimated so you’ll have to start banging to rebuild but once you’re almost done, another set of enemy waves comes in and it just gets you into that loop. With the set of ideas this game has, some proper quality of life, polish and even expanding on ideas will make this an even more addicting game even if you’re not a furry.

Live Out You Furry Wet Dream Here on Steam!