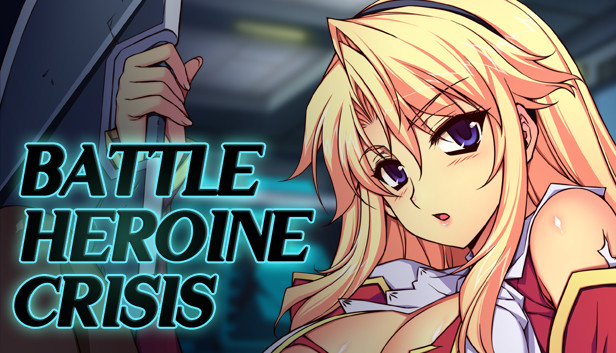 Battle Heroine Crisis is a mixed bag. What we have is a deck builder similar to Slay the Spire with a visual novel-esque storyline and lewd scenes. All three aspects of this game are fairly separate and I will judge them for you individually.

We start off with a basic plot: the Nova are attacking earth, and our weapon is two-fold: a powerful and cute tool of massive destruction called a Pandora, and the one who controls them called a Limiter. This may sound a bit clique, but do keep in mind that this game is based on the anime named Freezing (and most fans were hoping for a better representation of the series).

After the prologue, one thing is very clear – the translation is not good. I was able to get the gist of the characters’ conversations, but the English is so broken that I wouldn’t expect any emotions to be evoked while reading this story (except mild frustration at the myriad of spelling and grammatical errors). You play a Limiter, however your priority is making a strong connection with your Pandora so you can bone her.

And then you play cards!… against your partner… to break her mind so you can get her naked. The rules were tough to understand at first because the tutorial does a bad job explaining the mechanics . After a few trial and error games, the rules became clear and are fairly simple. You eliminate cards, and whatever cards are leftover at the end of the turn use their action. Most change the Pandora’s stats or your current gold. Keep these stats above a certain level and you win once the last turn is over. Once I had an understanding of the objective, wins came fairly easy and I had a bit of fun in the process.

After each win, you get freaky with your partner. The art is actually great, it unfolds in a style similar to a manga or comic book, and most of it is animated. Everything is uncensored and de-mosaiced. No complaints here. After you give your Pandora all she can take, you play a final battle against another opponent. If you best your newest foe, that arc opens up and you begin anew embarking on another conquest.

To summarize, the card game is unique and entertaining. The lewd scenes are well above average in comparison to similar titles on Steam. Unless the developers improve their translation (which they have promised), skip the storyline – its borderline incomprehensible. Regardless of this, the rest of the game is quite good and I can still easily recommend Battle Heroine Crisis despite its shortcomings.